Using the 3-5-2 / 5-3-2 WB tactic from the last part, I have had great success with Hearts, both in the league and Europe. We dominate smaller teams, and hit the stronger teams on the break with the DLP, TM and the CWBs.

However there are several issues with my 5-3-2 system. Most notably of these is the '442 and 4231 problem' as I call it. I recently gave away a 2-0 lead in the last 15 minutes against Dundee United after them changing to an attacking 442 with overlapping fullbacks. The issue is most obvious when the wide forwards pin my wingbacks and wait for a very easy overlap, effectively getting the WB out of the game.

This is an example of Dundee's second equalising goal

Although this goal is partly due to some poor defending, the issues are clear, the aggressive fullbacks are in dangerous positions, and my WB, is busy tracking the winger.

I decided to work my way during this save without changing the basic formation at all. So I had the extra limitation of sticking with a flat 5-3-2 WB.

The idea was inspired by Liverpool, where the team faces similar problems down the flanks. The job of the two outer mids (Henderson and Wijnaldum) to cover the WB and prevent the opponent doubling up against the lone WB. 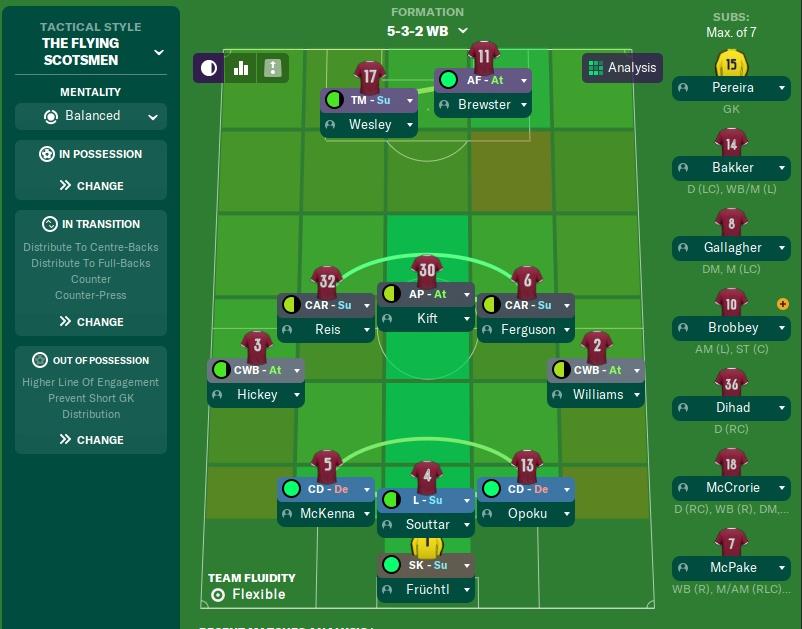 I decided to change the midfield trio to CAR-AP-A-CAR in front of the Libero, and test this against Rangers, which line up regulalry in a 4-4-2. In theory, this change should also make the Libero more involved due to the lack of the DLP-D in front of him, and the AP-A should have tons of space when the CARs drift wide and pull the opponent's two CMs wider.

Things already look much better, the CAR engage the wide ball carrier, while the WB and the wide CB track the other runner. This situation was repeated, especially when Rangers attacked us after our goal. What was even better that the AP-A was very lethal during attacking transitions. Rob Kift had 5 key passes during 75 mins in that game, considering that the entire Rangers team had 7 key passes only. 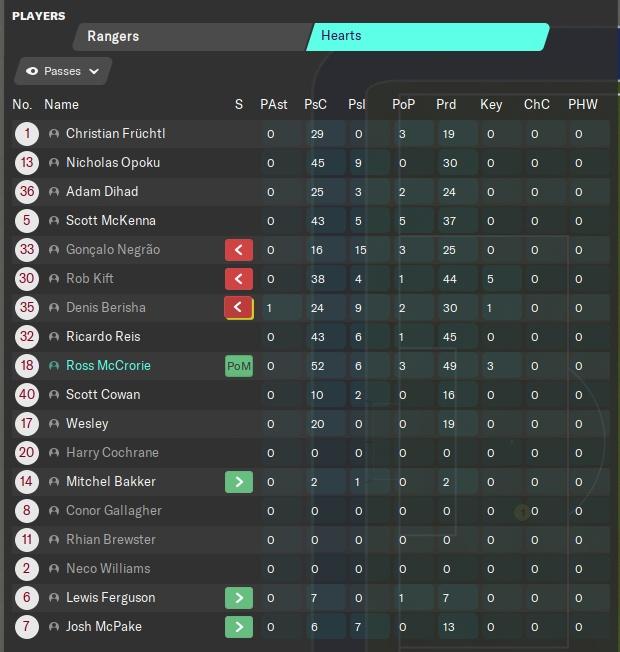 I like how we play against our bogey formations during the first two games I tested this change in, and I look forward to being better defensively against these troublesome formations.

What do you think of the solution? Please share your ideas in the comments section below.