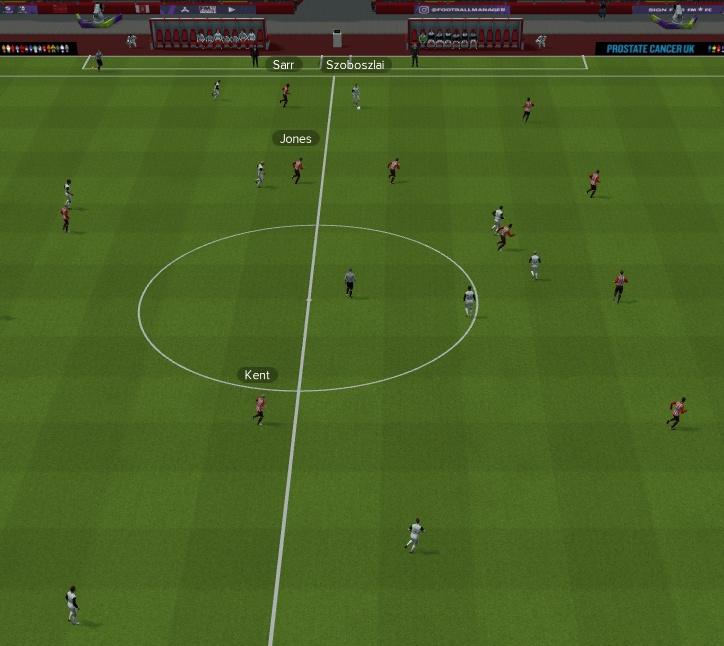 However, a moment of technical brilliance from the opposing wide defender (a dribble or a pass) could expose a gaping hole behind the wide attacker. A fullback would have to step and cover this space, but then, the team is already at a disadvantage.

These issues are demonstrated below, where Szoboszlai is already exploiting the massive space behind Sarr. The white RM is also enjoying the space behind Kent.

Therefore, I see that the 4231 is the ultra aggressive variant of the 4411, used by hardworking, pacey and skillful teams that properly execute and maintain a high press.

The 4411 avoids these issues, although it have its own shortcomings just like any other formation. However, these shortcomings are, to me, more acceptable and easily remedied than the issues caused by top-heavy formations.

The many advantages of the 4411 include:

On the downside, a 4411 can leave you exposed at the back if the fullbacks are too adventurous. Moreover, if you don't setup the player roles in the middle properly, you can get overrun in the middle.

The central midfielders should be hardworking above all. The Ball-Winning profile of players work well here, coupled with a more rounded midfielder I'd love to have a sort of a perfect Kante-Henderson pairing in the center to destroy opposing attacks and help transition the ball to our attackers.

Forwards also have to be in top form. Besides the late runs by the wide players, the central striker and his creative partner are your consistent threat, and they need to be in top form most of the time.

I have recently written about how I reached to my favoured 4411 formation and playstyle on Football Manager. I had a lot of success in the beta. However after the full release, I restarted my Brentford, applying the same ideas and philosophies, to massive success.

We ran away with the league, scoring second most and conceding least. We had a great EFL Cup run, losing to Man Utd in the quarter finals on penalties, after knocking out Man-City in the previous round.

Individually, we had some massive success: 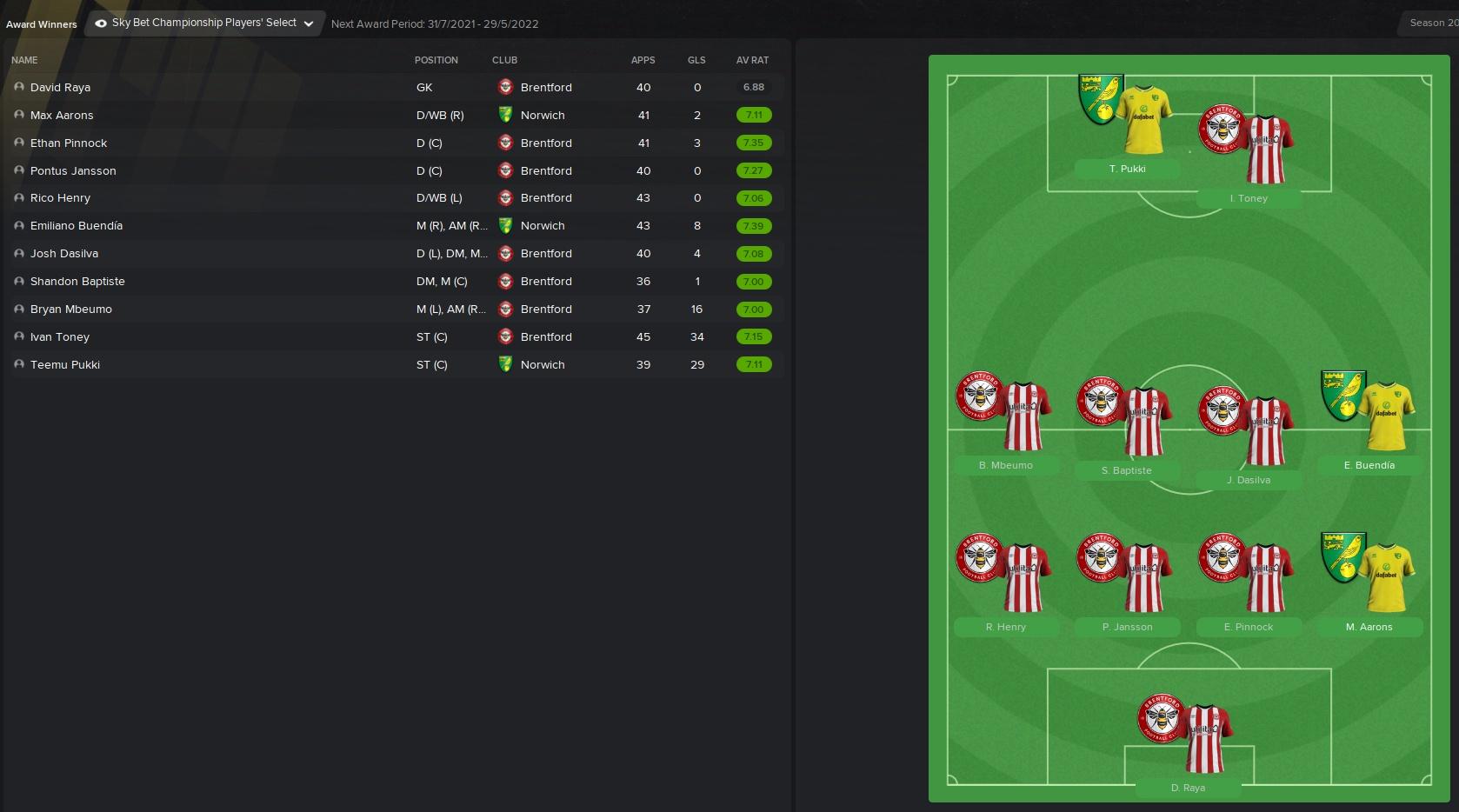 We are currently doing well in the Premier League:

I have tweaked a bit from the baseline I have used in my playstyle post. Nothing drastic, but allows the team to be more solid and offer a bit more threat. 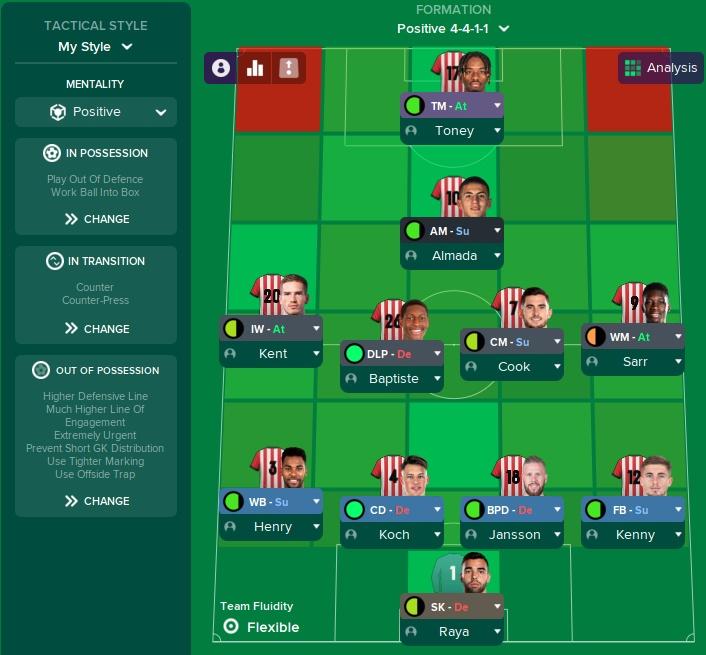 I am quite satisfied with our play, as we offer a lot of variety as we go forward. Our defensive play is impressive.

However, this isn't a plug and play super tactic. We struggle against 1 AM + 2 ST formations, and teams that play deep and attack with direct passes. Changes are required to counter such systems. I personally drop the CMs to DMs, and micro-manage our pressing and defensive lines. How you counter specific threats is up to you as a manager ;) 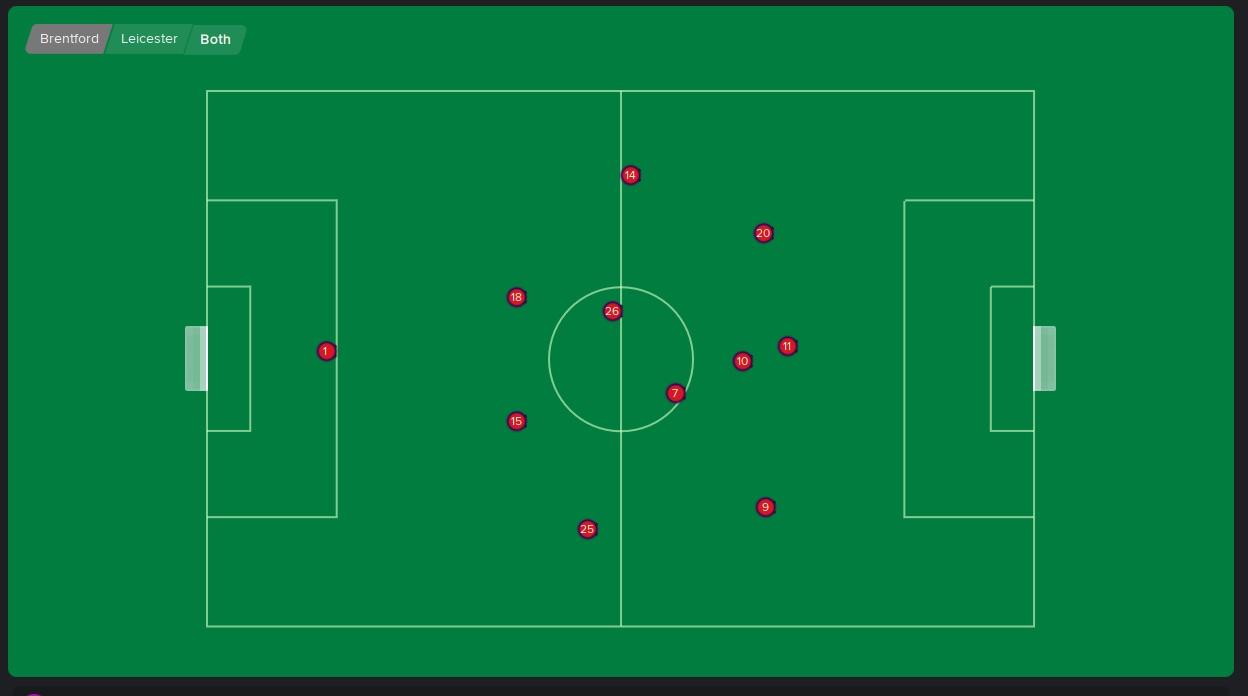 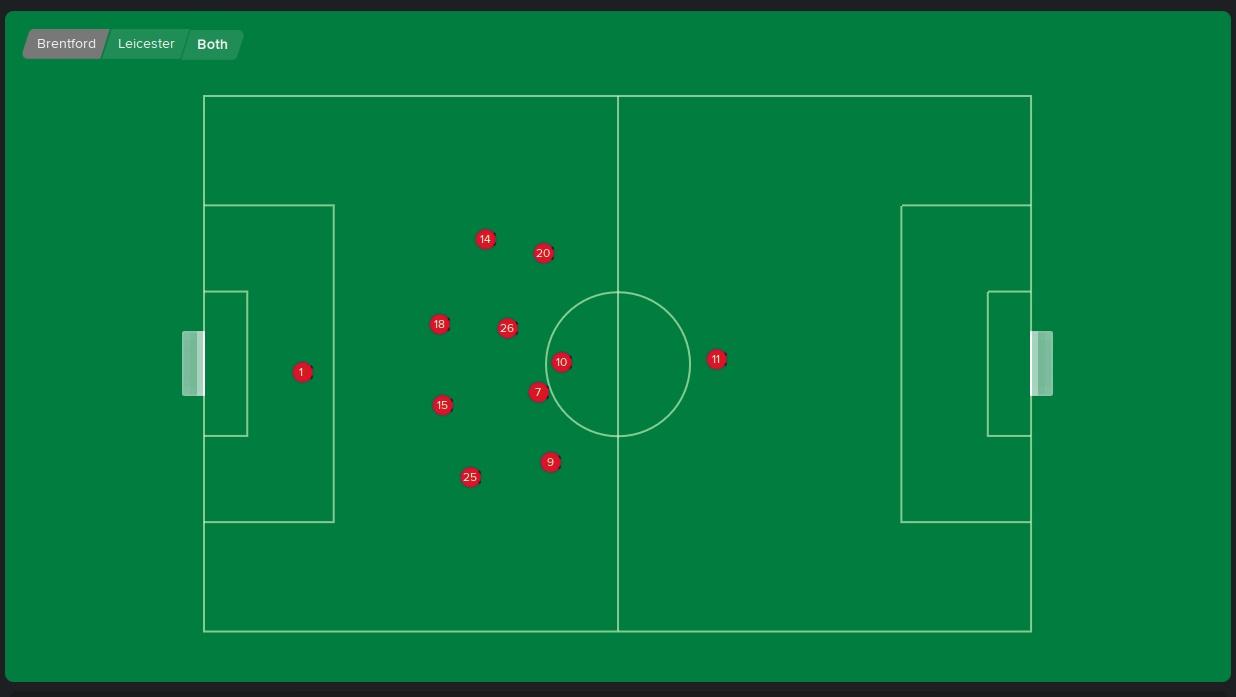 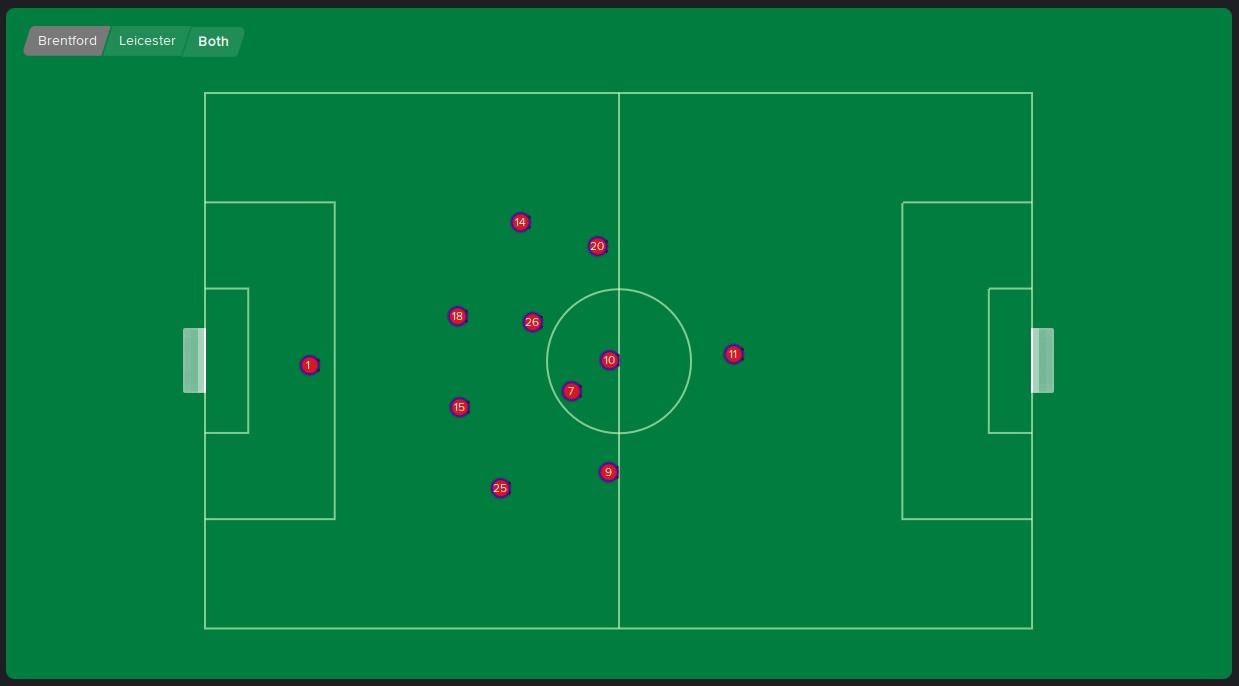 Finally, I leave you with a couple of goals scored by this setup.