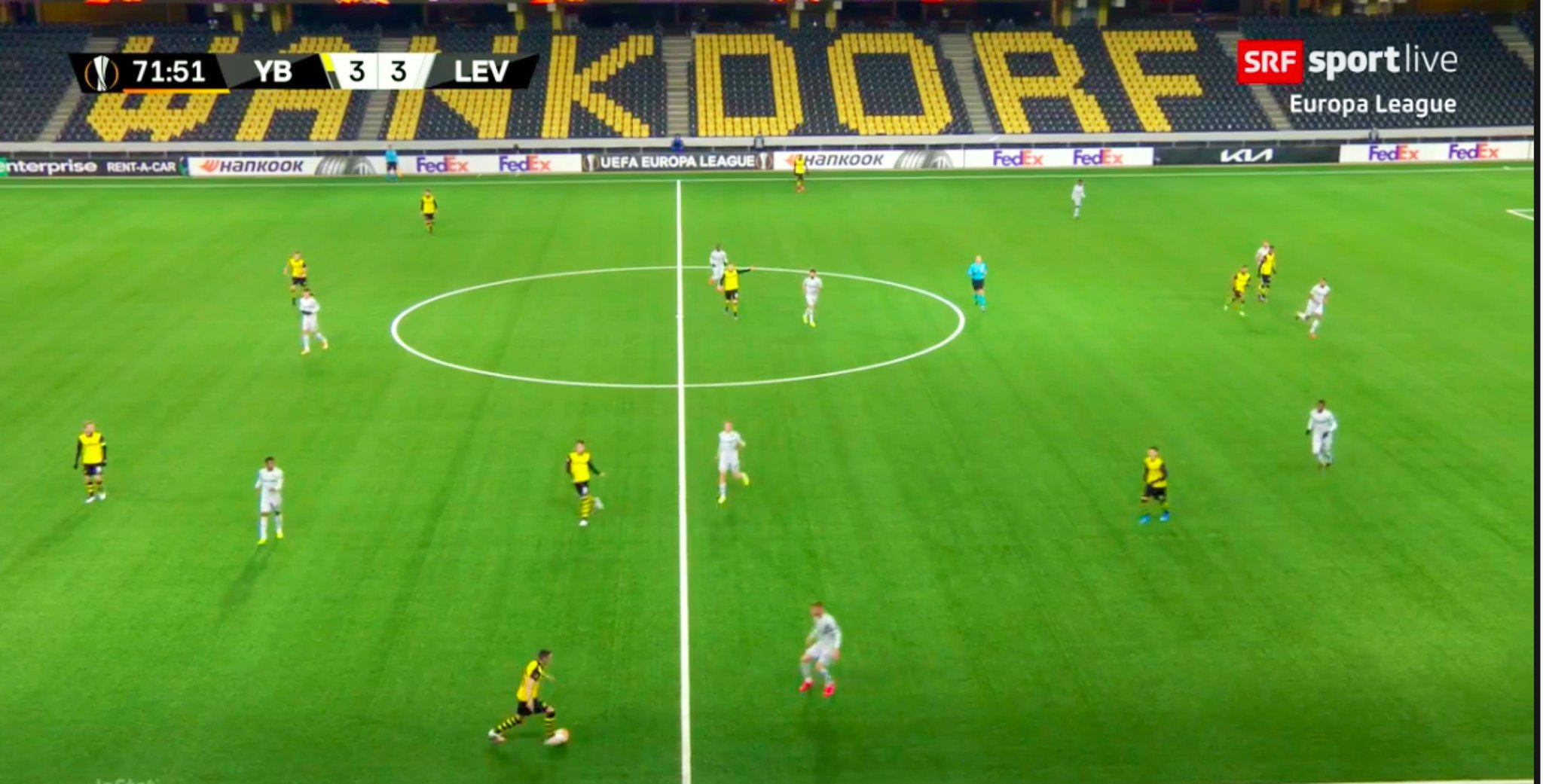 Welcome to the third part of this series of articles aimed at simplifying and explaining the process of creating Football Manager tactics, using the latest instalment of the hit series, Football Manager 2021.

This third article will share some of my thoughts about the elements of a sustainable and successful style, and how to translate this in Football Manager.

While this post might not be an actual guide, I decided to include it with the guides series since it involves thinking out and designing a sustainable and successful playstyle.

Update: You can download the tactic from here. However, please note that this is not by any means a plug and play tactic that exploits the match engine and guarantees you lots of wins and goals.

As you might have known, I am a bit of a perfectionist. This tends to manifest to Football Manager, where I want to play in exactly the way I like, i.e. defensively solid, counter-attacking and NOT gegenpressing.

I have previously written about defining a play style on Football Manager. However, it hasn't be so easy for me. Recently, I've tried almost all playstyles, from structured deep passive counter attacking style to a Klopp and Bielsa inspired ultra-pressing style, and everything in between.

While I've had some success with many of these styles, most didn't feel "right". This caused me issues during an online save with a friend, where the lack of identity saw me change tactics (and by tactic I mean style, not merely formations) 4 times during a season.

As you could imagine, how inconsistent we have become, which is mostly down to the fact that I lack that vision of how we should play.

In real life football, it is a different story. My favourite playing style is that of the defensively solid teams, that employ target men, and can score well on the counters. Thus, I particularly liked Ranieri's Leicester, Simeone's Atletico, Conte's Inter, and more recently, Seoane's Young Boys.

Looking back at these teams, there is a recurring theme between (most of) them. All employ two strikers, one of which is a target man. All are defensively solid, and mostly defend in a 442 shape. All utilize the flanks particularly well, and are comfortable to NOT play from the back. They aren't primitive hoof ball teams either.

However, I found out that my denial of identifying with a play style similar to those teams is that it is "outdated", and football shouldn't be played that way these days. However, and in my humble opinion, teams that keep things simple are easier to succeed.

It was a pleasant experience getting to know Gerardo Seoane's play style. His Young Boys side are vibrant and definitely good to watch. After hours of reading, watching and analysing his Swiss side, and in particular his victories against Leverkusen and FC Basel, I decided that I should accept my inclination and preference to such brand of football, and set out my core principles, which are loosely based on Seoane's style:

4-4-2 is the most common defensive shape, and arguably the best one too. While shapes like 4-1-4-1 and 5-4-1 could provide more defensive solidity, the presence of two forwards offers a nice outlet for counter attacks.

Modern teams defending in a 4-4-2 commonly compress horizontal space and force opponents out wide, forcing them to play crosses that can be dealt with by strong defenders. This is one facet that I particularly like in Simeone's Atletico Madrid.

Vertical compactness is something that Arrigo Sacchi strived for in his tactics, to compress the space between the lines, and avoid teams playing through them. The position of this block will be dependent on how we want to play (i.e. mid block or high block). This will, naturally, make us susceptible to balls over the top, hence it would be smart to use an offside trap. 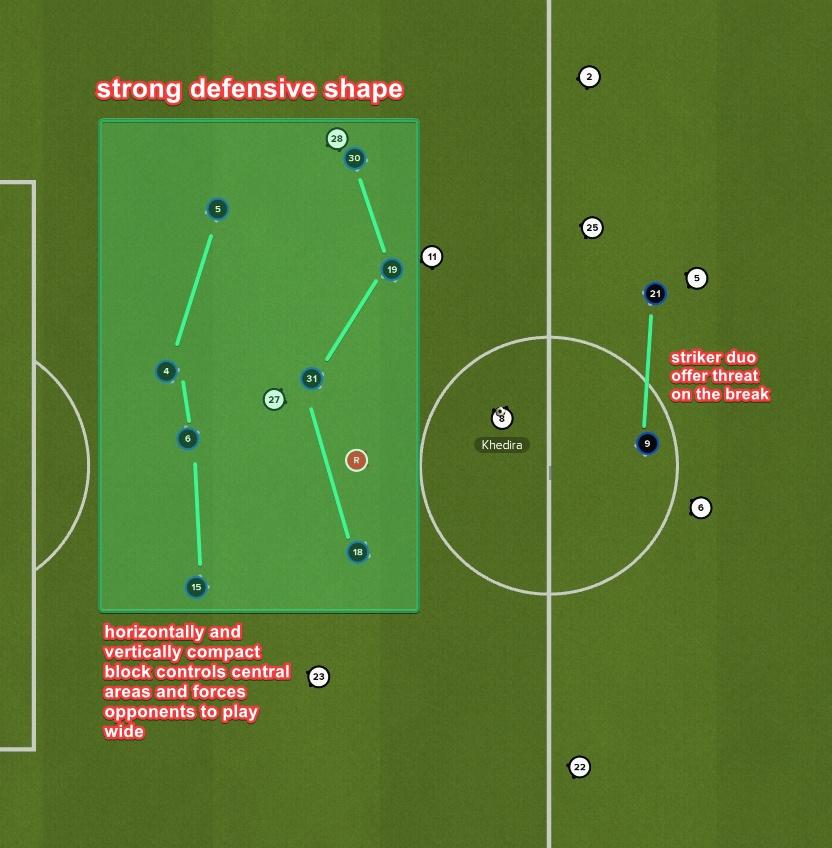 I have never been a fan of the single pivot, since it naturally suits teams that want to press high and dominate possession. On the other hand, a double pivot offers a strong defensive base for the rest of the team to attack. Moreover, most of the real life teams that employ double pivots do so in a ‘double six’ i.e. defensive midfielders, rather than central midfielders. Most common of these managers are Mourinho at Real and Benitez at Liverpool. Since the shape on the tactics creator is the defensive shape, I often opt to use 2 DMs in all double pivot formations (442, 4411, 4231, 3421 etc.). The inclusion of the Segundo Volante makes this a lot easier, since it allows players to act like Box to Box Midfielders from the DM position. 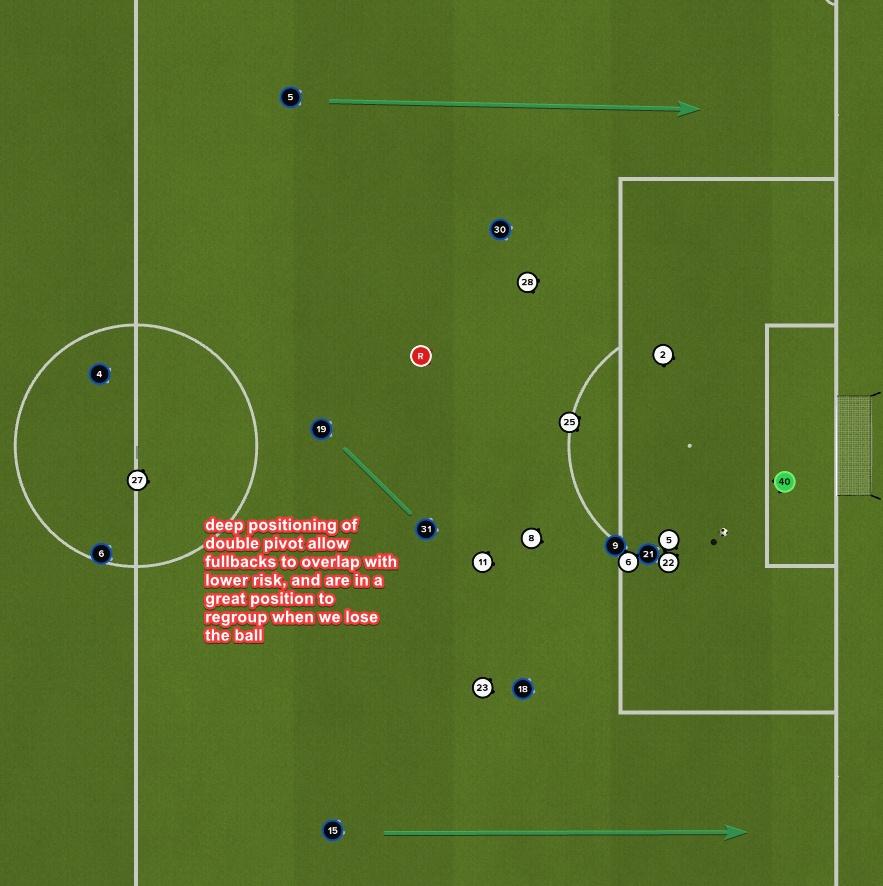 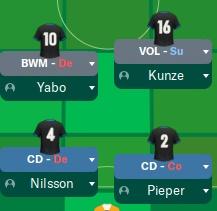 Those who followed me knows I LOVE a two man striker partnership. I want them to push opposition defensive line, and hold the ball for quick attacks. However, I do NOT want us to be merely a hoofball team, thus these strikers should offer plenty of linkup play with the rest of the teams. I have written before about the importance of offensive pivots and runners in quick transitions, thus having two strikers playing as both an offensive pivot and runners will aid us immensely against high pressing teams.

I have a couple more of tenets, but they aren't as rigid as the ones above. Mentality, Overlaps, regrouping and defensive line are all variable for me depending on the opponents, even though I do have specific preferences for each of them.

Putting it all together #

To put this all together, we should consider how roles and TIs interact with each other. So lets begin by a pretty basic 4-4-2 2DM and consider how I want my team to move: 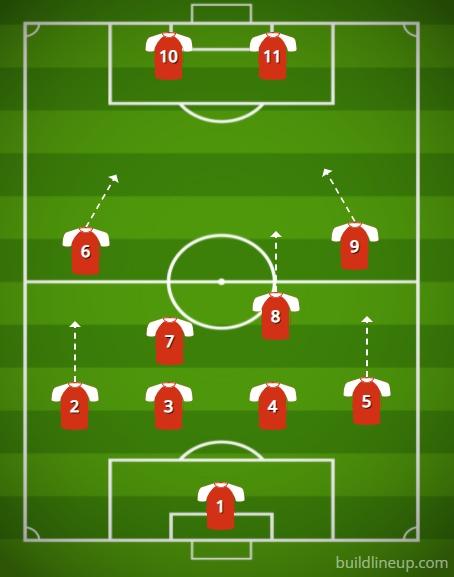 I want my fullbacks to be involved in the game, and offer us the width, while our wide midfielders support the moves, rather than become creators and dribble with the ball. I don't expect much attacking output from my midfield, but rather, support attacks and curb opposition counters (see intelligent positioning in the second image above).

Translating this to FM is not hard: 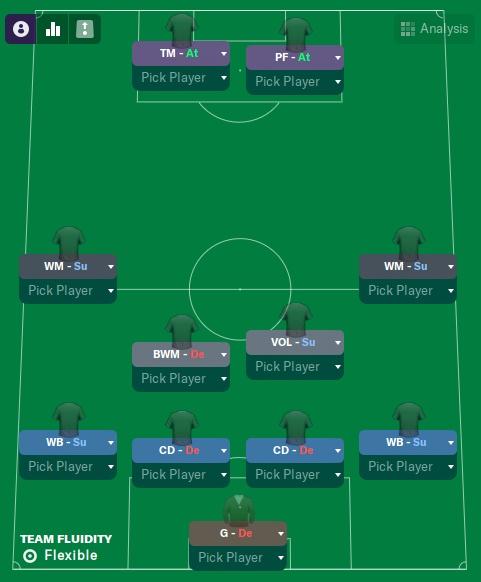 To open up even more space to the overlaps, I gave the MR and ML "Sit Narrower" PIs.

The role selection of the double pivot is very important. I do not intend to press the opponents, and hence, I need someone to take more risk in cutting out and intercepting the ball. This responsibility lies on the BWM. His partner, on the other hand, should do a bit of everything, while neither over-committing in attack nor staying back like his BWM partner.

The Pressing Forward was a difficult choice. I initially wanted an AF, but since we are deep, and not pressing hard, I'd require the TM's partner to be a Diego Costa - a pressing machine. This made me prefer a PF ahead of a more static AF or Poacher.

Choosing the mentality was another straightforward decision, following the mentality guide I posted earlier on. I want my team to play with verticality, and offer a slightly aggressive medium block. These are the default settings of the "Positive" mentality.

To counter the unwanted effects of the Positive mentality, the following TIs are used:

Wide attacking width: Play Narrower (one notch down) - I am not a fan of wide attacks. I prefer our team remain closer to each other as we attack, while overloading the flanks with the overlapping runs.

More direct passing: Shorter passing (one notch down) - Direct passing will see us play to the forwards too early and probably isolate them from the rest of the teams. I rather play slightly shorter to get our supporting cast, especially the wingbacks, into play.

Lower tempo (decreased by shorter passing): Higher tempo (one notch up) - I don't want any decrease in the default tempo by reason of shorter passing. We are not looking to maintain possession, but rather unsettle the opponents.

Other style defining shouts based on what I described above, and Seoane's play style, are as follows:

Early crosses and Pass into Space - Having two strikers ready to break away at all times gives us a sweet opportunity to play quick crosses and passes behind high defensive lines.

Counter - exploit any disadvantage after turnover- who doesn't want that?!

Regroup - I don't want to take any chances after losing the ball. This is one big departure from Seoane's Young Boys side, since he likes to counter press as his flanks are more attacking than ours, and are well suited to counter press.

Offside trap and Lower LOE - as discussed above. I may, against easy teams and low risk matches, increase the DL too and add counter pressing to be even more aggressive.

Defend Narrower - as discussed above. 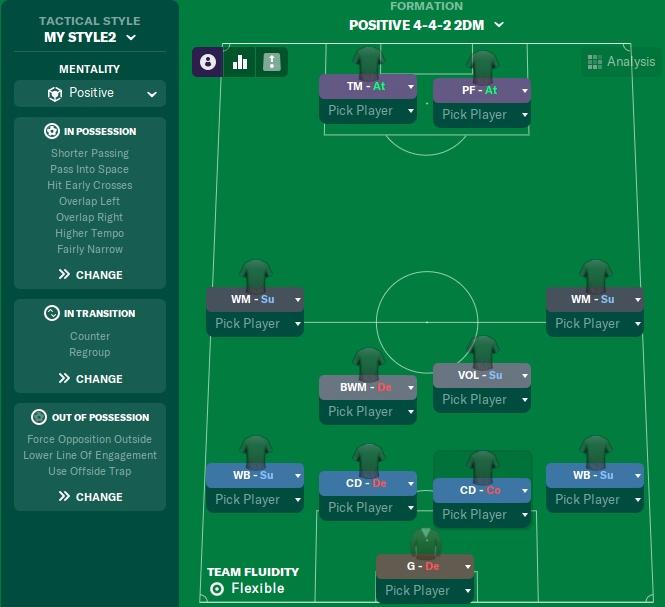 To put this philosophy to test, I started a new unemployed save on FM21, that is intended to be a long term one. The aim is to apply this ideals to different clubs and see how it works out.

My first club was the worst team in the Bundesliga, Arminia Biefield, which are expected to comfortably finish rock bottom:

11 games in, we are already flying high, beating the likes of BVB, Bayer and RBL, after a very difficult start to the season. We scored in every single game, and have a very decent defence for a newly promoted side that played against all the top teams in the league.

However, 11 games are not enough to evaluate my ideals, so I'll leave that bit to the next post, where we will also discuss the changes I make in matches depending on the opponents. Our next game against minnows in the cup is a prime example for that.