A Perfectionist Guide to Finding the Perfect Playstyle | FM21

Football is a beautiful game. Part of its charm is that there are many ways to be successful. Contrary to popular belief, there is no "right way" of playing the game. Klopp's heavy metal approach is successful with his current Liverpool side, Pep's tiki-taka approach with Barca was quite dominant, Mourinho's pragmatic and defense first approach was successful with Inter and Chelsea and Simeone's shithousery was, at a time, very successful. Each of these styles have its own beauty, as well as some pitfalls.

For years, I have tried to identify my style of football, and how it should be played, but without success. After reading a brilliant thread on the forums, the author touched upon similar issues which stemmed from his fear of failure. However, my issues are from a different reason. They are mainly down to my perfectionism.

With the release of FM21 and my first Brentford save, I realized that I have been looking to find an ideal and perfect, non existent, formation and style, so much that the natural weakness of any style puts me off that style, and starts an endless loop of trying the "better" style.

Inspired by Bielsa, maintaining his playstyle everywhere, I decided that this has to come to an end.

I decided to follow a scientific approach by analyzing the most important rules I should follow, and try to design my philosophy from that.

Hopefully, this guide could help people that are still unsure of their "own" style and want to identify it.

Although it goes without saying, formation is not synonymous of playstyle. Mourinho and Klopp both plays (or have played) 4-2-3-1s for long periods of time. Yet both are diametrically different.

By selecting a preferred formation, or two, you decide how you are going to build your team. This includes the individual training plans and recruitment policy. With that being said, I don't like chopping and changing formations a lot, and my initial selection would carry on with me for a long time.

In my mind, only one formation ticks all three boxes above, the 4-4-1-1. 4411 is a very interesting formation, it combines the threat of the 4231 with the defensive solidity of the 442. It also allows us to have either a free role Trequartista player or a more hardworking player in the hole in order to match three man midfields. In my opinion, 4411 is the most flexible formation in football and one that is very underrated and underused. 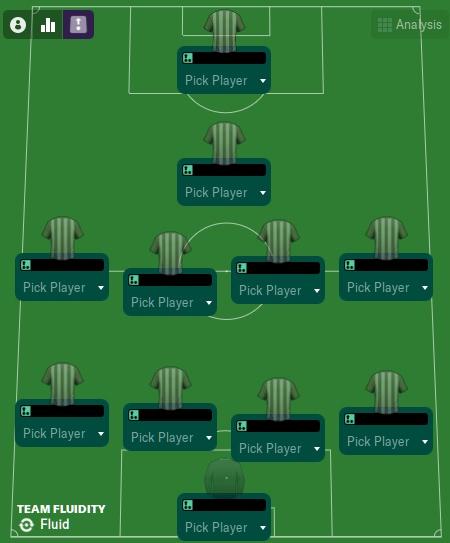 Experience with FM says that you may need to change up things slightly during poor form where your team is not ticking. You may also need to go more defensive or attacking depending on the circumstance. Therefore, it is prudent to have a backup formation that your team is familiar with.

For this formation, I decided that I would sacrifice a bit of attacking threat to offer more defensive security. This would make our second formation the 4-1-4-1. 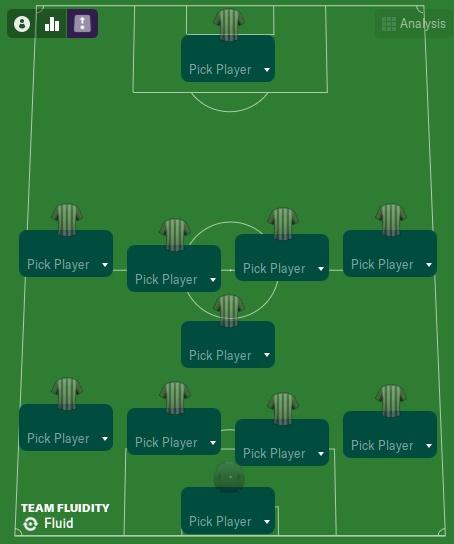 While selecting a formation was straightforward for me, as I knew exactly what I need, the same cannot be said of the playstyle. I like regular counter attacks, low block, aggressive, dominant, high scoring, defensively strong and direct teams.

Biggest problem is that my preferences are mostly mutually exclusive.

You can't have an aggressive low-block, without sacrificing dominance and defensive solidity (long shots, opponent's technical brilliance and stupid fouls).

You can't be dominant and play on the counter.

You can't be very high-scoring and be defensively solid (think Liverpool 17/18 and Atlanta 19/20).

You need compromises to reach that ideal middle sweet spot.

This prompted me to redefine what I really need from my team.

There are points that you must cede in order to achieve something else. Just like using an AMC instead of a second striker to provide better balance and ball retention, the same must be done to define the playstyle.

Klopp, for instance, sacrificed a bit of defensive stability, for the benefit of having flying wingbacks. The remedy was playing with two hardworking outer midfielders to cover behind them.

Another very important aspect of having a defined playstyle, is knowing your Achille's heel. Playing aggressively, and with a high line, would expose us to direct through balls and ball over the top. The remedy is to perfect the offside trap, and carefully micromanaging the team to drop the highline when we are ahead or when we are struggling. The 4141 would be used to soak more pressure, and spring more counter attacks.

In hindsight, I realized that this style is very much similar to Arrigo Sacchi's great Milan side, who use a similar aggressive 4-4-2 to great effect in the 80s.

Using the outline above, this is the blueprint of the tactic I have developed. Of course, this may change as I fine tune the tactic more and more. Attacking seem to be overly aggressive, but I am still not sure whether to go on Positive or Attacking. 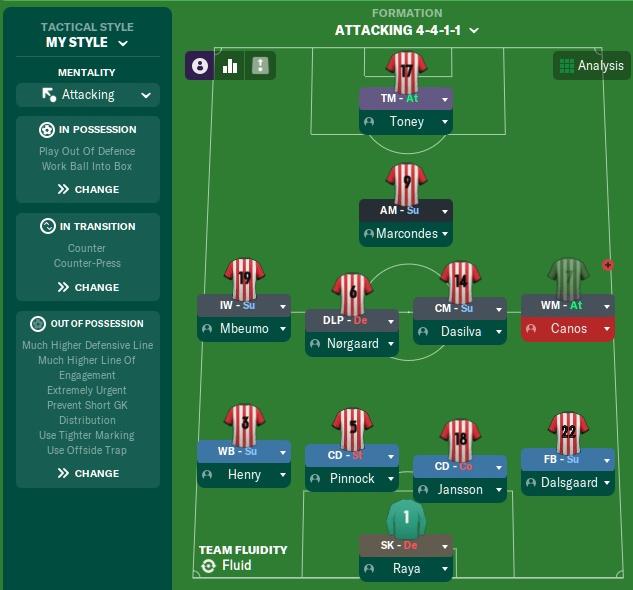 The roles are quite logical in relation to the required styles. The leftback is expected to overlap more than the right back, therefore the LB is paired with a IW to allow more space for the LB, while the attacking WM should offer more variety with the FB behind him.

The WM is preferred to Winger as I need a more hardworking player, without the restrictions of playing wide that comes with the Winger.

It is a bit early to see results, as long term planning need longer term results to evaluate. However, I have built the style early in the season, and was tinkering with the formation. I am still looking into potential targets, and identifying weaknesses in our system to cover with transfers, but this is for the next post!

I hope this guide helps you identify a clear preferred formation and playstyle, and above all, enjoy the game the way you like!