Individual seasons are unspectacular relative to the grand scheme of things that I plan to acheive. However, small actions we do in each season will shape up how we improve the club and the league's reputation.

While I’m writing this, Season 1 is already over, so a brief recap of what happened so far is surely needed.

Standard Liege was predicted to finish 4th, but somehow no one was able to stop us early on, as we ran away with the league.

It was more of a learning curve of a season, as I learned more about the league and the clubs there, and finally settled on the tactical blueprint I wanted to build my Standard Liege on.

I decided that we will use a 3-5-2 formation going forward, as I need to have a solid centre with two strikers. I don't feel comfortable using a 4-4-2 Diamond, hence the 3-5-2.

We easily won the league and the Croky cup, only Club Brugge and Anderlecht are the teams that caused us some troubles.

We had an exceptionally well Europa League campaign highlighted by a brilliant 5-2 victory over Spurs: 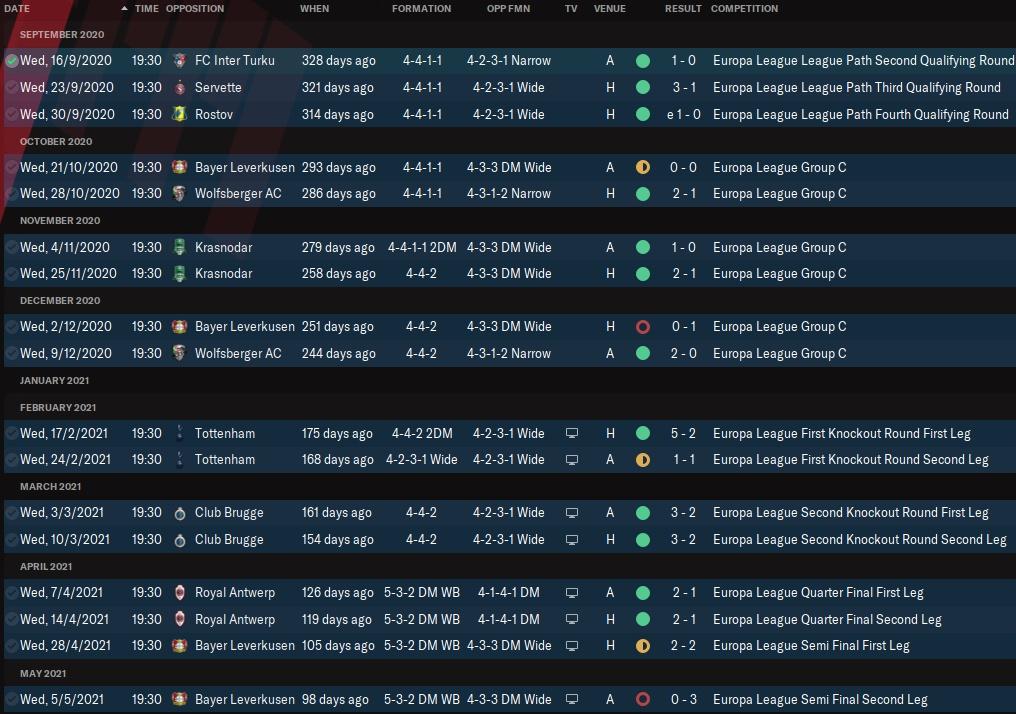 Our Croky Cup run was exceptional too, conceding 1 goal, and scoring 9 in 5 games:

By the end of the season, lots of offers came in to our main players, mainly Vanheusden, Amallah and Bastien, selling them for almost 40M, along with some other deadwood.

Sadly though, the league reputation has not changed in spite of the good performance by us, Club Brugge and Antwerp in the Europa league.

Anyways, heading into Season 2 having such a large war chest allowed me to rebuild the squad to better suit a 3-5-2, recruiting some bargains: