I spend a lot of time in the first few days of a new job trying to get everything right. Assessing the finances, staff and the squad, while assigning the responsibilities to my backroom team, setting scouting targets and most importantly, laying down our tactic, one which I will be looking to master, more on this later.

For now, lets start by what Wikipedia has to say on our great club:

Nottingham Forest Football Club, often referred to as Forest, are a professional football club based in West Bridgford, Nottinghamshire, England. Founded in 1865 Forest have played home matches at the City Ground since 1898. They currently compete in the EFL Championship, the second tier of the English football league system.

Forest have won one League title, two FA Cups, four League Cups, one FA Charity Shield, two European Cups, and one UEFA Super Cup. The club has competed in the top two tiers of English football since their admission to the Football League, with the exception of five seasons in the third tier. Their most successful period was under the management of Brian Clough and Peter Taylor in the late 1970s and early 1980s, which included back-to-back wins in the European Cup in 1979 and 1980.

The club's fiercest rivalry is with Derby County, with whom they contest the East Midlands derby and compete for the Brian Clough Trophy. Forest also contest the Nottingham derby with city rivals Notts County, however, as Forest have predominantly played in higher leagues than their neighbours, fixtures between the two clubs have been rare in recent history.

We are expected to finish 6th, behind the three relegated teams (Bournemouth, Watford and Norwich), Brentford and Cardiff. Naturally, the board expects me to reach the playoffs, while playing attacking football and developing young players from within the club.

That perfectly fits my personal vision and preferences and also allows me a bit of freedom in other aspects, as the club culture isn’t too restrictive. For now, we are good to go. 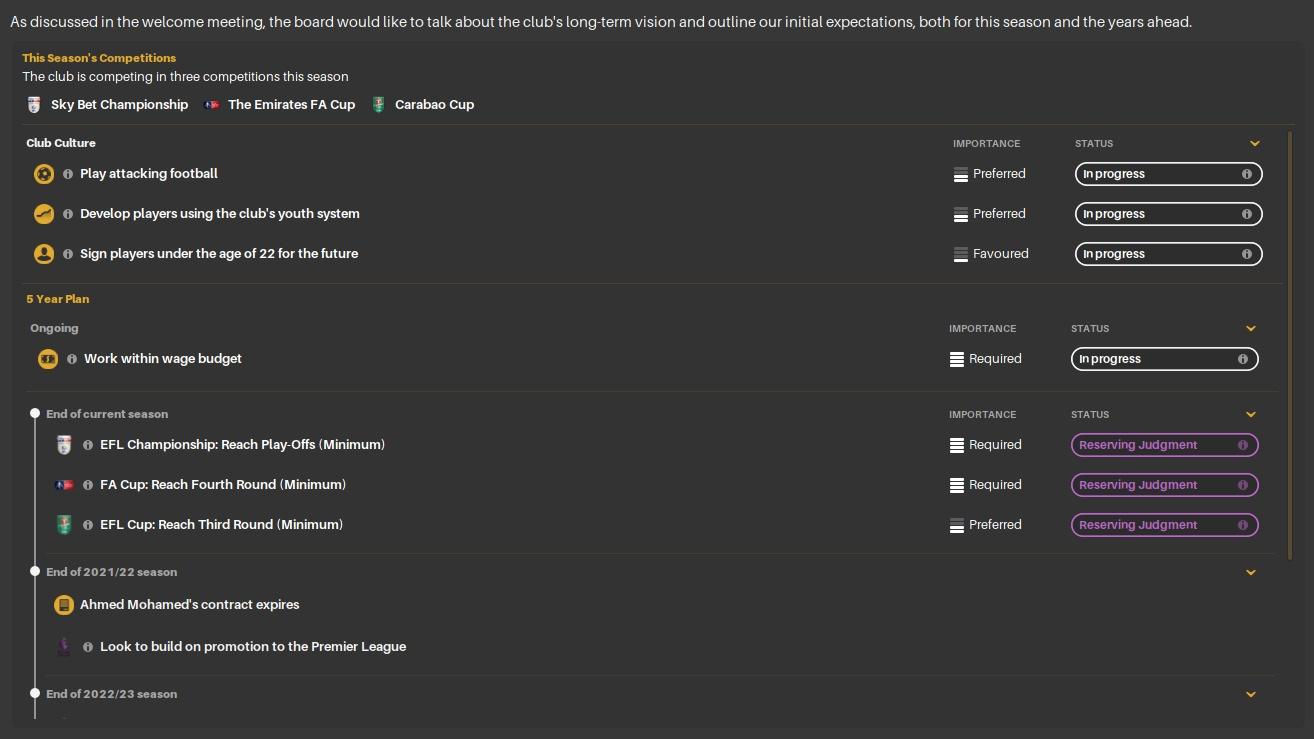 Our finances are Secure, with around 13M in the bank.

I am given a wage budget of £439K per week of which we are spending £424K per week (after terminating Cafu’s loan).

We have a decent scouting budget of £456K, which allows us to cover UK & Ireland at best. After making some sales, this budget can be increased slightly to cover Europe, to uncover some cheap young gems. 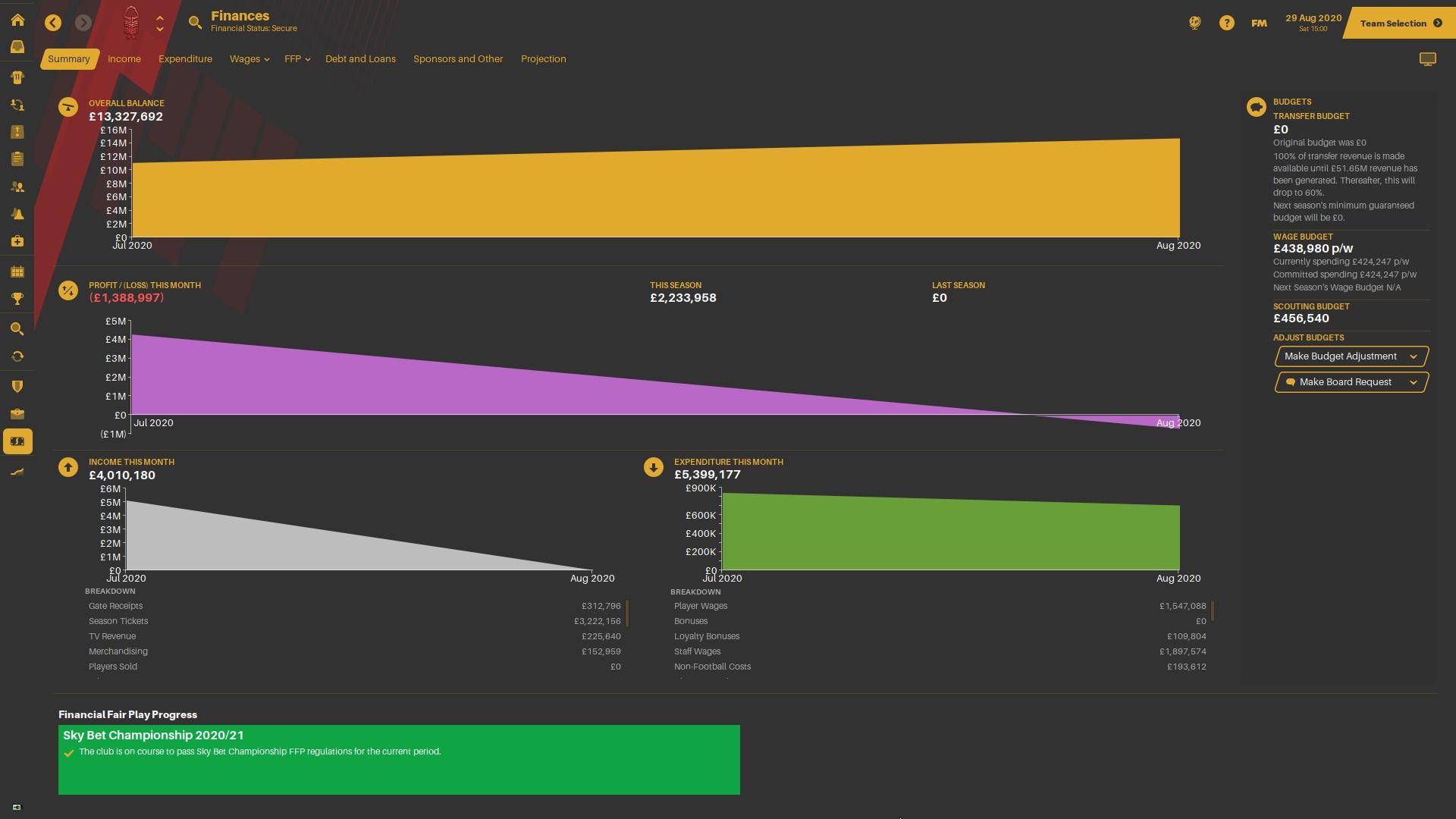 Our facilities aren’t spectacular, but aren’t bad either. Everything stands at the average level, providing plenty of opportunity to improve and build upon. 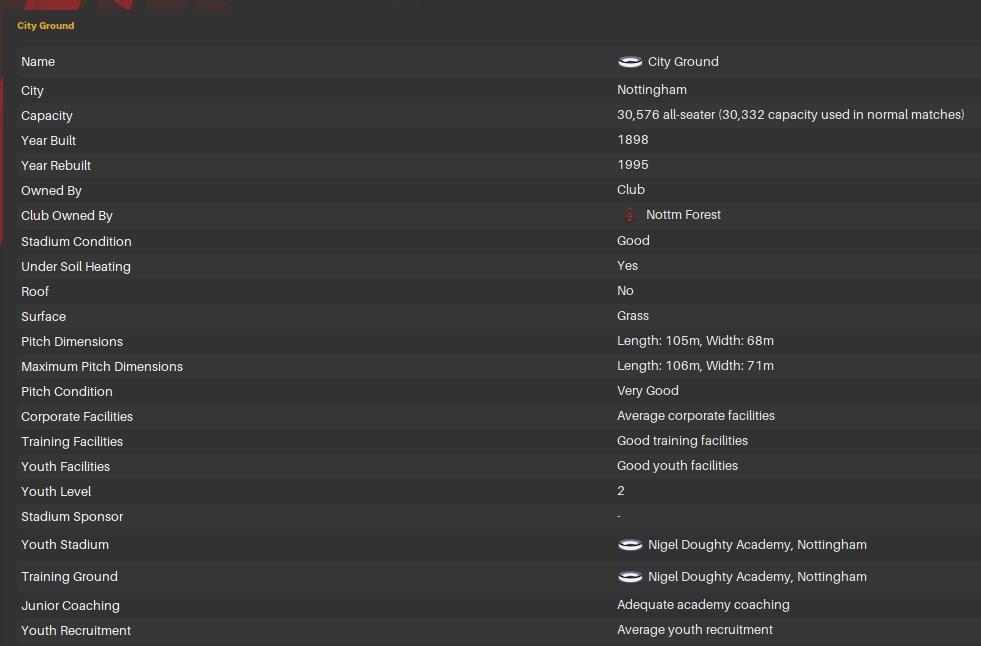 Our backroom was quite frankly, a complete mess. This is how our backroom staff was on day one: 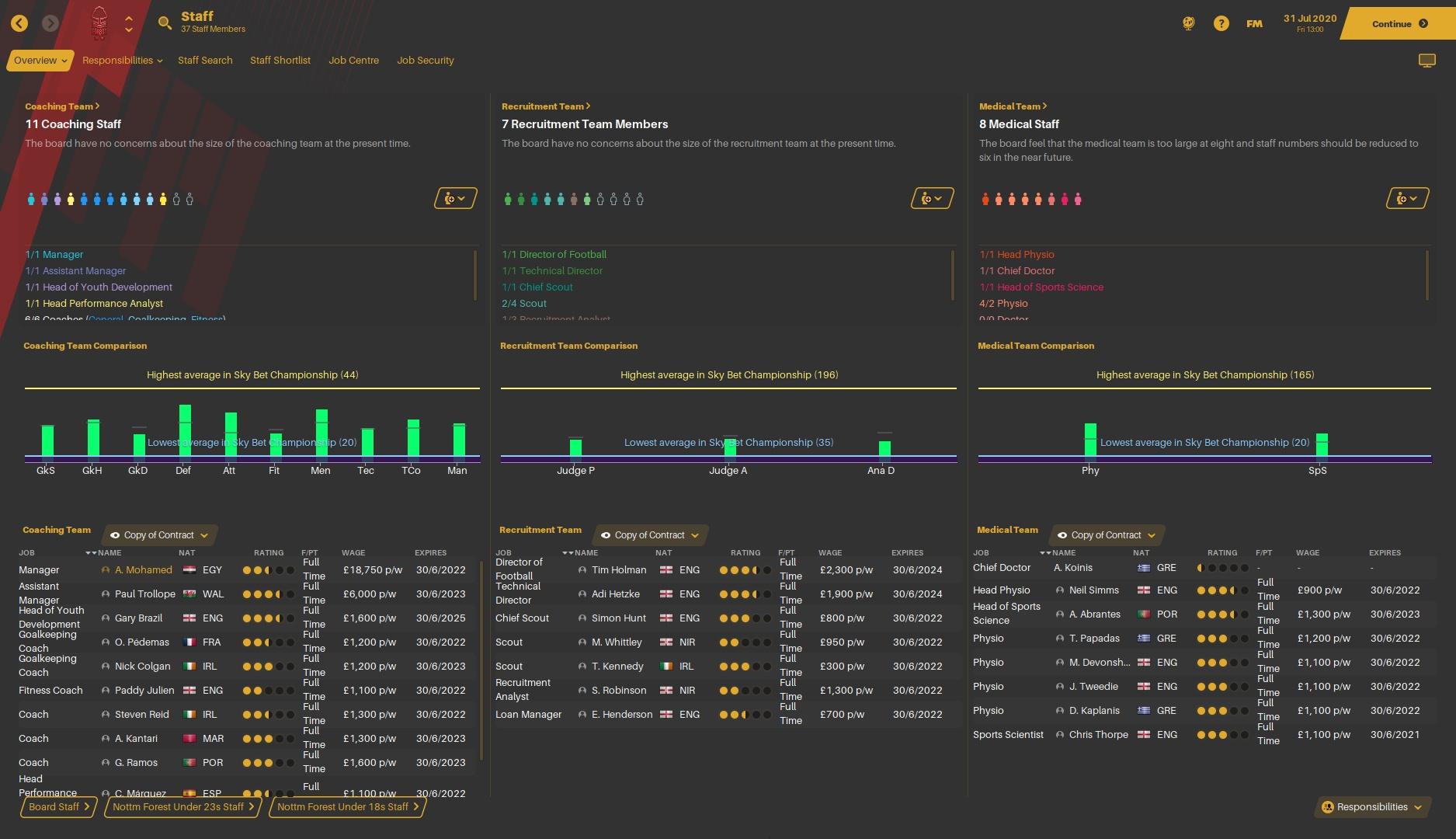 I had some hard time finding suitable targets due to the restrictive £1.9K per week wage budget cap, that forced me to miss out on some interesting options, including Arsenal legend, Dennis Bergkmap, as an Assistant Manager.

This is how we look after the overhaul. Certainly not the best, but definitely an improvement over how we were: 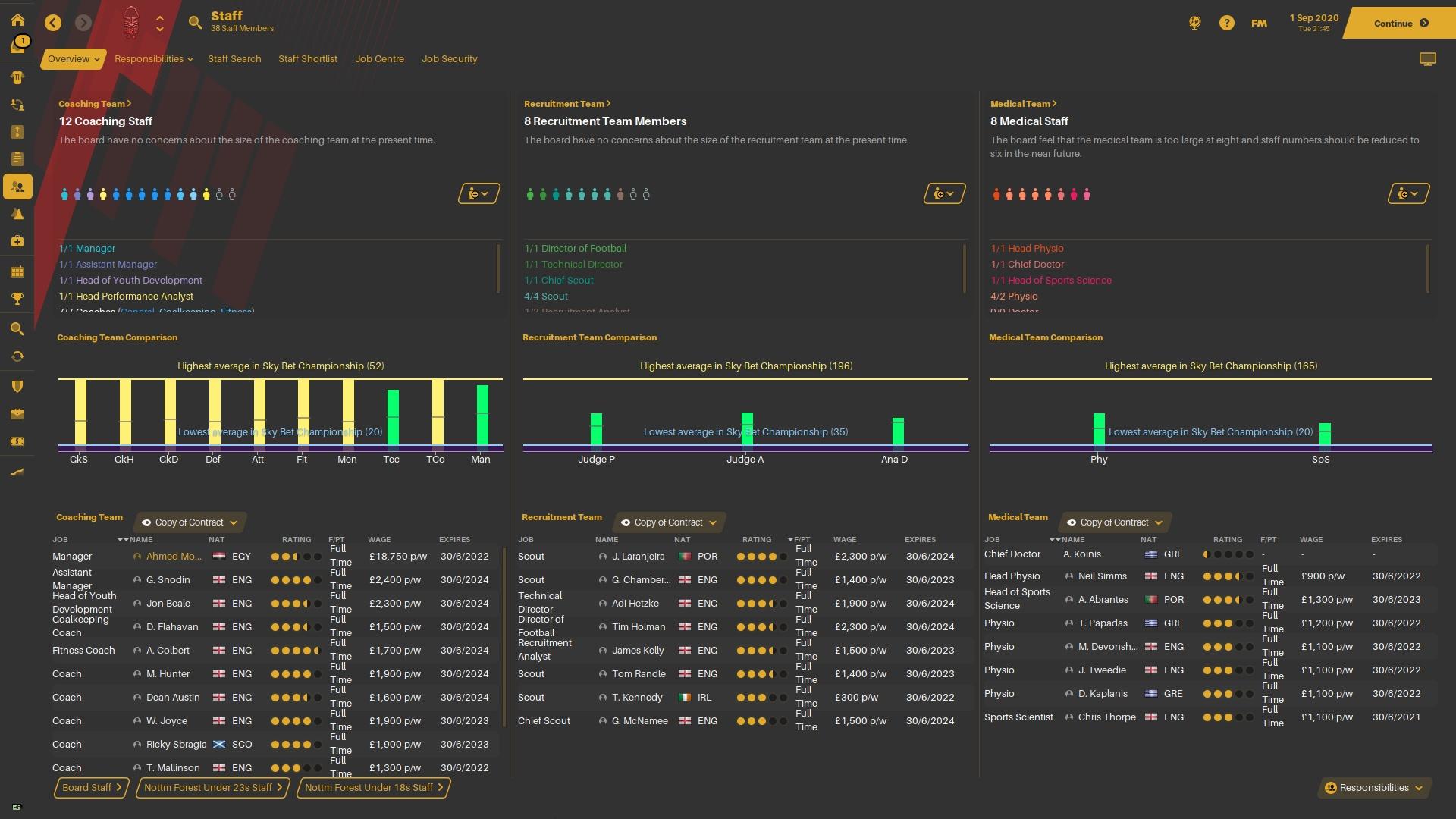 Another makeover will be needed after promotion.

Meet our new Director of Football, Tim Holman, who will be responsible for the all transfer and player contracts dealing. I will look only to suggest him players and finalize the transfers. I admit he isn't up to the standard I envision, but will do the job in the championship. 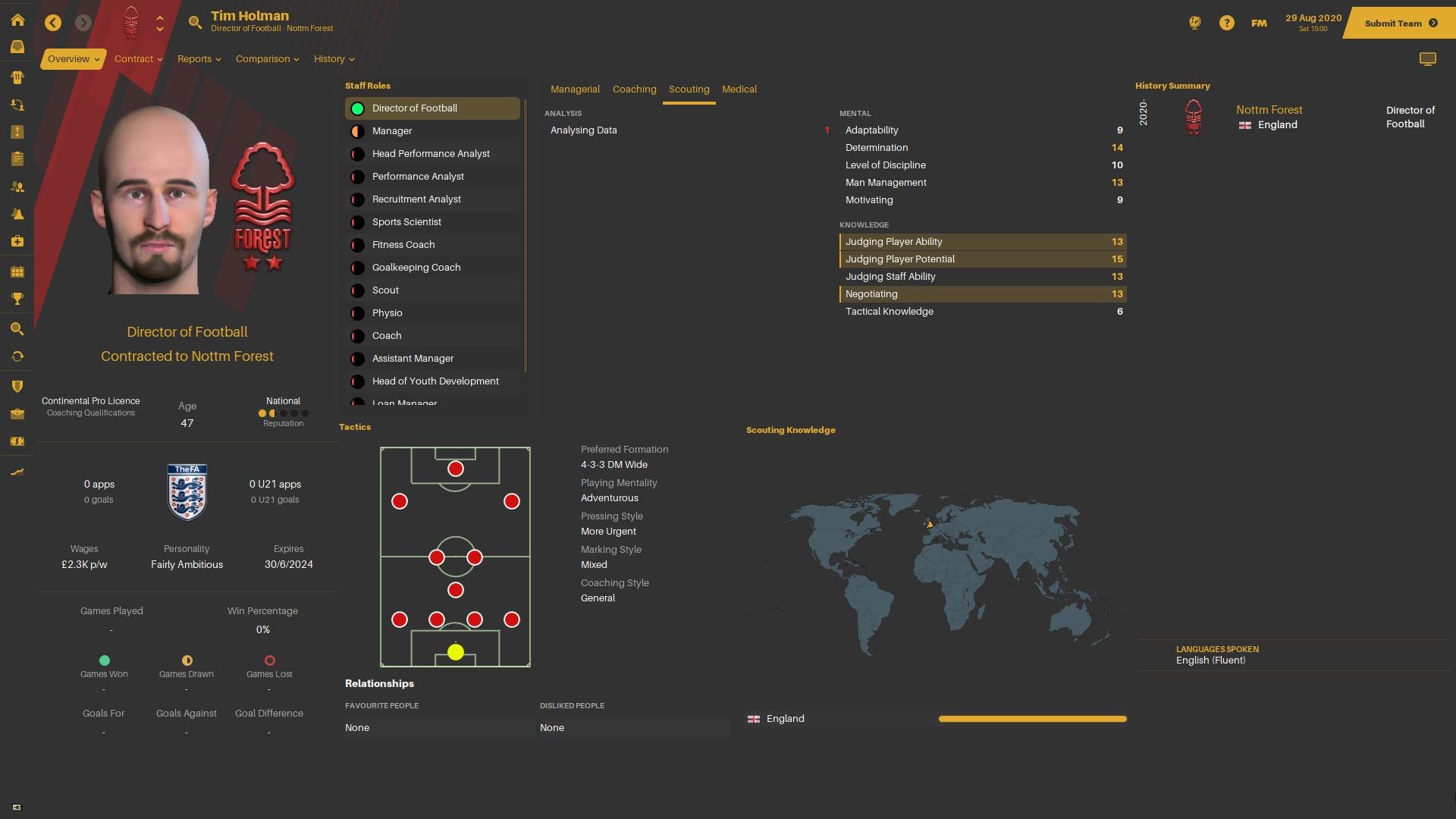 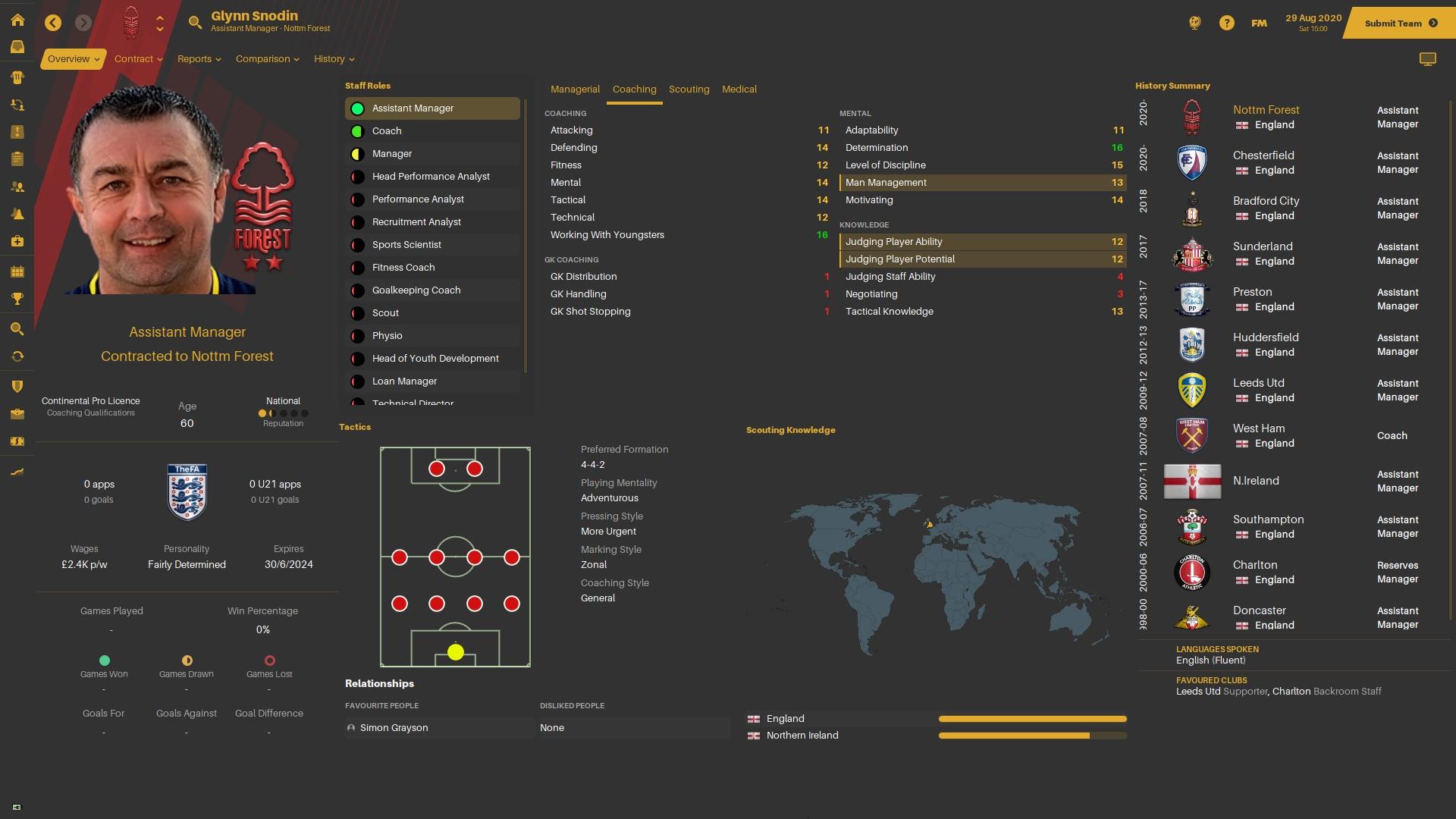 and our new Technical Director, Adi Hetzke, who will be responsible for dealing with the staff - transfers, contract negotiation and renewal and send appropriate coaches to courses. 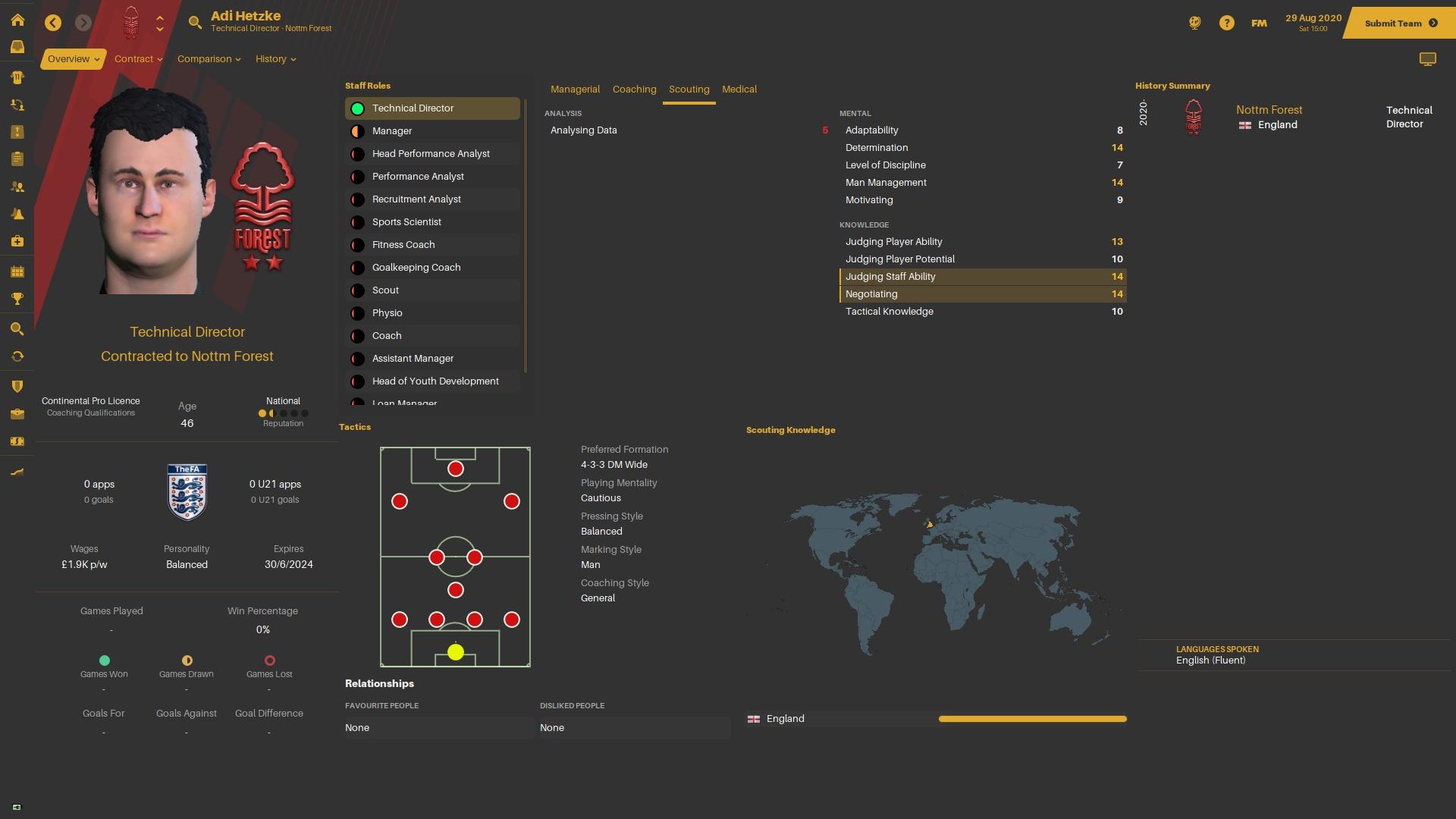 and, finally, our new Head of Youth Development, Jon Beale, who will look to affect and improve the quality of our youth players. 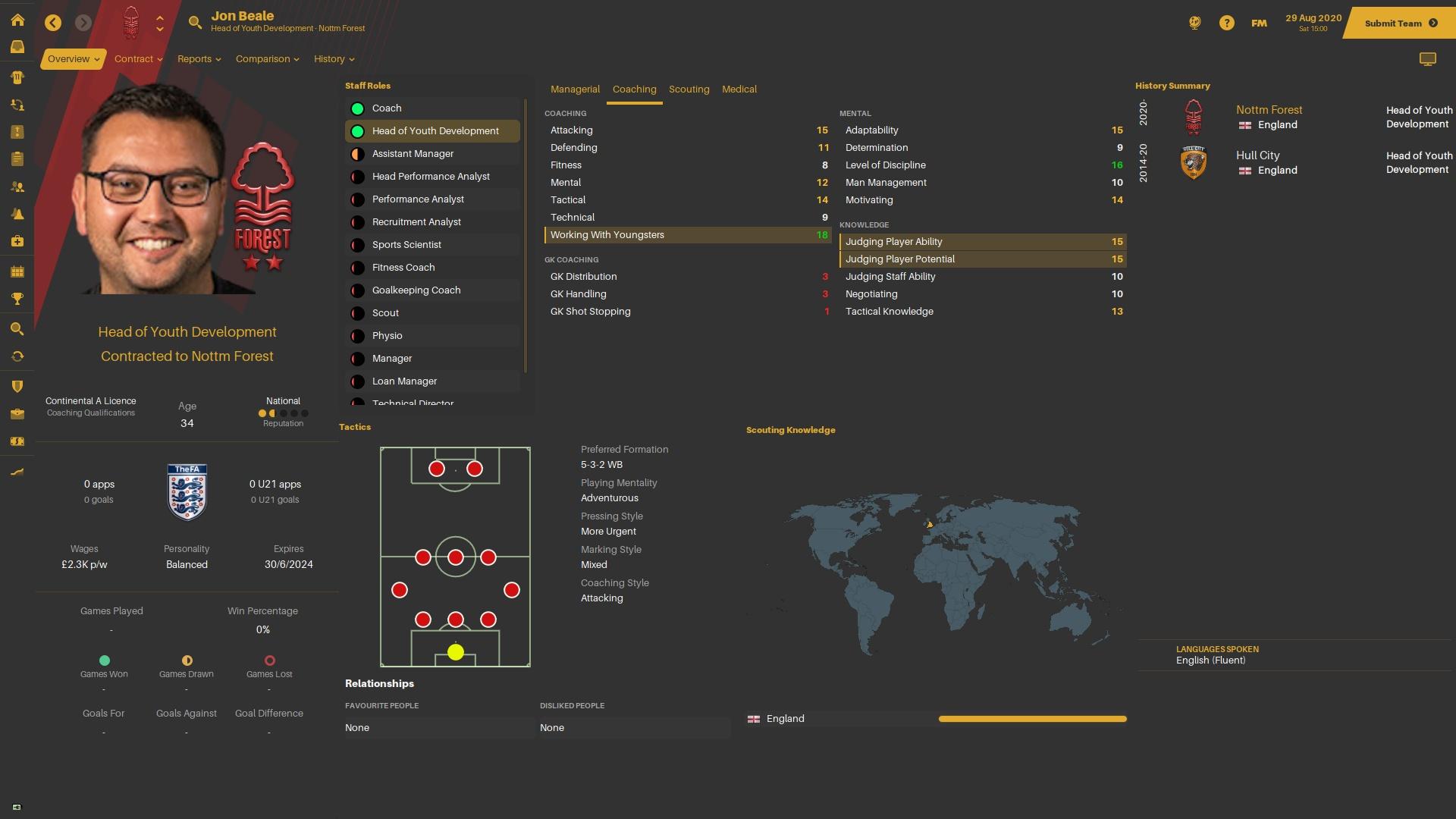 I was keen to get these key positions with preferred playing style like my own (Adventurous and More Urgent), regardless of the formation, in order for all of us to be on the same page. My assistant is not the best, but his solid ratings in all attributes should make him valuable with training load.

With the backroom staff sorted, I am now excited to focus on assessing the squad and how I wish to let them play the game.