At the time of this post, I am already 3 games in to the season, as most of the preseason was spent recruiting the staff, and setting individual training.

Our preseason consisted of 10 games, 9 of which were against minnows, as I look to increase tactical familiarity, team cohesion and most importantly, morale and sharpness. I insta-resulted these games, taking control of only against the only big team we faced, Besiktas. We beat their strong squad 2-0, and I was quite satisfied with how my tactical philosophy was already being engrained in the squad.

You may be wondering about the player analysis. In fact, I didn't spent a lot time assessing the squad.

I am a sort of a manager that fits players in my preferred tactic, in addition to the fact that I had disabled the first transfer window, so I have much more time to properly assess the players and their performances.

The obvious weakness is the AMC position, in which we play on-loan winger, Luke Freeman, with no real backup.

Until the next window, I decided to retain Zach Clough (who was transfer-listed by default) and give him a chance in the AMC spot. I have fond memories of Zach Clough during older FMs where I used him as a false-nine, and I would love to revive his career in Forest. If developed, I reckon he'd make a decent AMC.

I will be making a thorough assessment later on, after I have had the chance to feature all players and experiment them throughout the first half of the season.

For now, I would like to talk about how exactly I'd like the team to play, and how I translated this in FM's language. I define my attacking style first in order to make the single most important tactical decision - Mentality. Knowing the base defensive style of the selected mentality, will allow me to tweak the tactic to suit my defensive style.

On the contrary, low risk defensive styles are perfectly possible on high mentalities.

I have written previously on how I like football to be played:

In attack, I want us to be proactive and direct. This means I don't want to see useless holding of possession, unless there is no chance of attack. Simply, I'd like to go forward at any possible chance, while being responsible of holding the ball. In addition, counter attacks should be a regular (not the exclusive) weapon in our attacking arsenal.

In FM this means: Attacking/Positive Mentality; Counter, Distribute Quickly, Play out of Defence and Work Ball into Box

The Attacking mentality defaults to a higher tempo, wider attacking width, more creative freedom and a more direct passing, which is exactly what I need.

However, the Attacking mentality also defaults to a higher LOE and DL and more urgent pressing, which will need tweaking to fit my defensive style.

In defence, I want be cautious yet aggressive. That mean, I don't want to press insanely high and leave huge undefended spaces behind us, nor I want to drop into a standoffish low block and let the opposition force me to be reactive.

In FM this means: Regroup, Lower DL and Lower LOE

The main difference between this and my previous post about my preferred style is that I am looking to change how I implement being dominance. In the post, I translated it into high press - wanting to prevent the opposition from playing their game.

Forest will be dominant by forcing the opposition to play our own game.

Additionally, a huge upside of this defensive approach is that the kind of defenders required will be much cheaper. I believe that getting a Godin-Miranda type of duo is much cheaper than a van Dijk-Gomez duo. 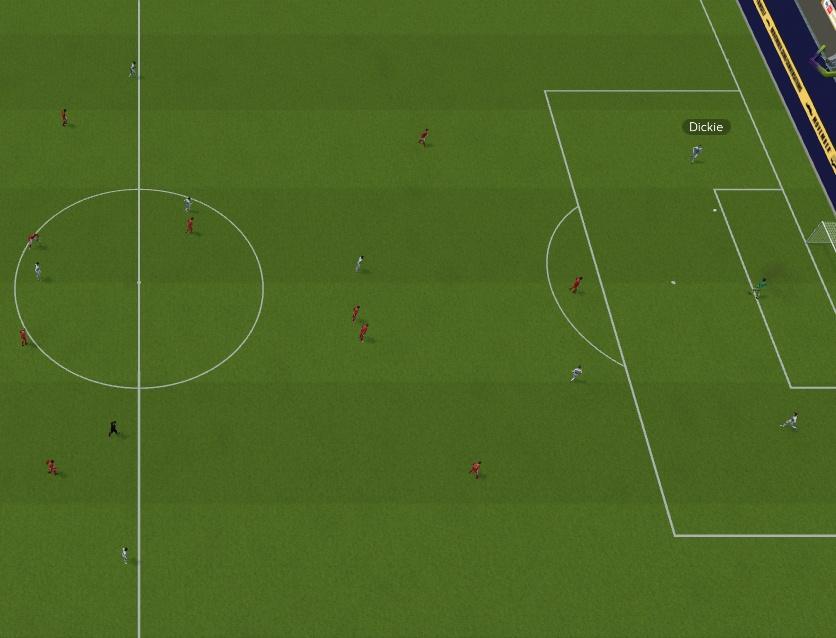 That's how our defensive structure looks. We don't engage until the ball is closer to the midfield, instead forming a solid 2 banks of four defensive line.

Here is when we started to press in the previous move: 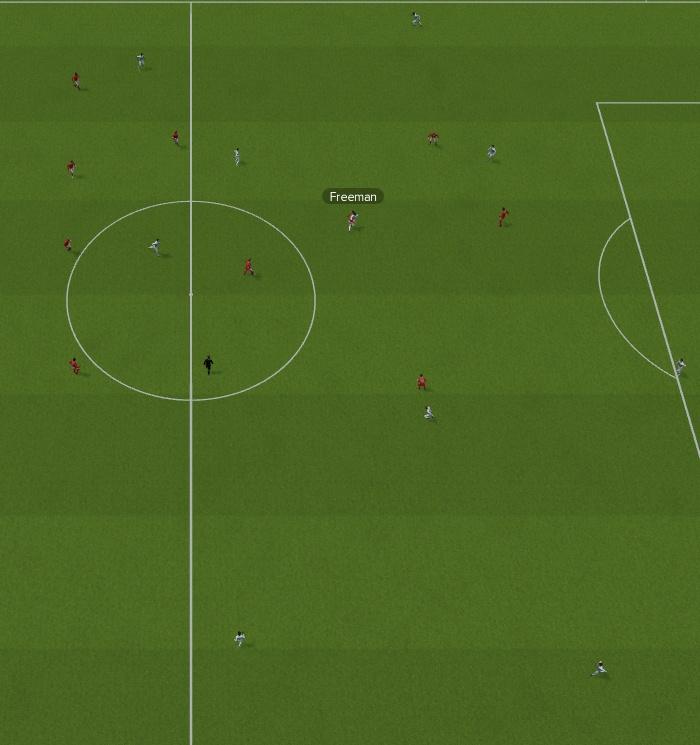 This turnover actually ended in a goal, notice how dangerous we are, looking like a 4-2-3-1, with Freeman having plenty of support. He thankfully makes a good decision that ends in a goal: 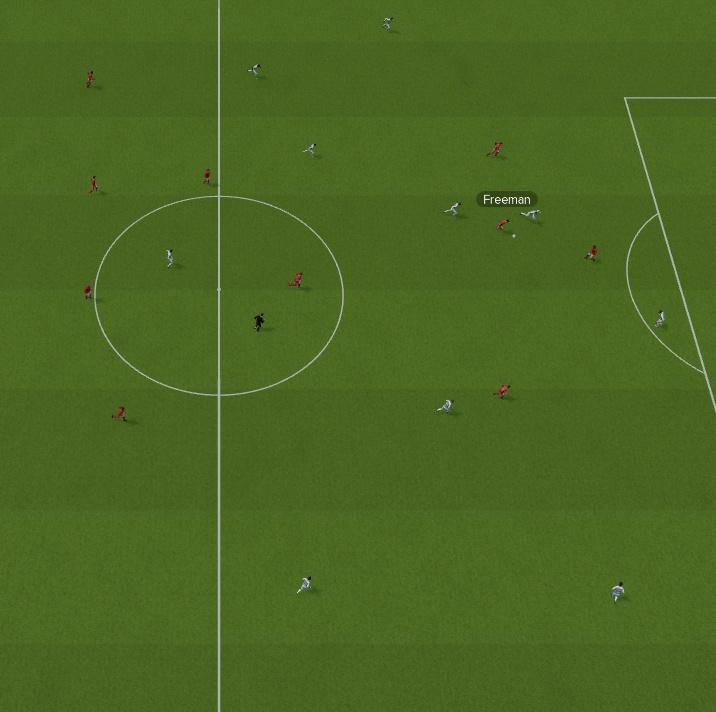 This next move is a perfect example of how I want to play. We demonstrate strong defensive structure, effective deep pressing and direct attacking transitions with verticality:

We forced the opposition to push high, try to play around us, while we press hard and pounce at each opportunity.

This is the Forest way ;) 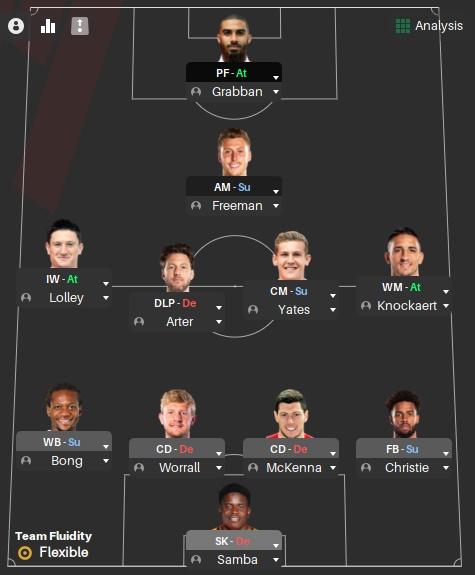 This is how I expect to line up most of the games. I am particularly excited about Worrall and McKenna CB partnership, which I reckon they'd form the cornerstone of any success we may have.

That's it for this post. In the next update, I will log our excellent start of the season!