I was keen to leave a good impression right away in my new job.

And this is exactly what we did.

My first match in charge was a drab 0-0 draw against Huddersfield in the EFL cup, which saw us go through on penalties. We weren't so assured during the game, but we were lucky not to concede early.

As the game progressed we got much better. We were through on penalties, and that's all I could ask for for my first game.

The end justifies the means

With that out of the way, we set our sights to the more important first league game, against QPR.

We couldn't have sent a better statement of intent.

We were ruthless against QPR, restricting the poor QPR to long shots, while our 6 shots on target ended up with 5 goals.

Mourinho would have been very proud of me that day.

Our EFL Cup run went on, drawing with Boro and getting through on penalties once again, to get one of the worst possible draws for the next round, Man City. Out of all teams in the third round we draw the Premier League's runner's up.

We were battered, but we were INCREDIBLY lucky not to concede any of City's 2.16 xGs, thanks to heroics by the Worrall and McKenna centre back pairing, and a magnificent performance by Samba, our goalkeeper. 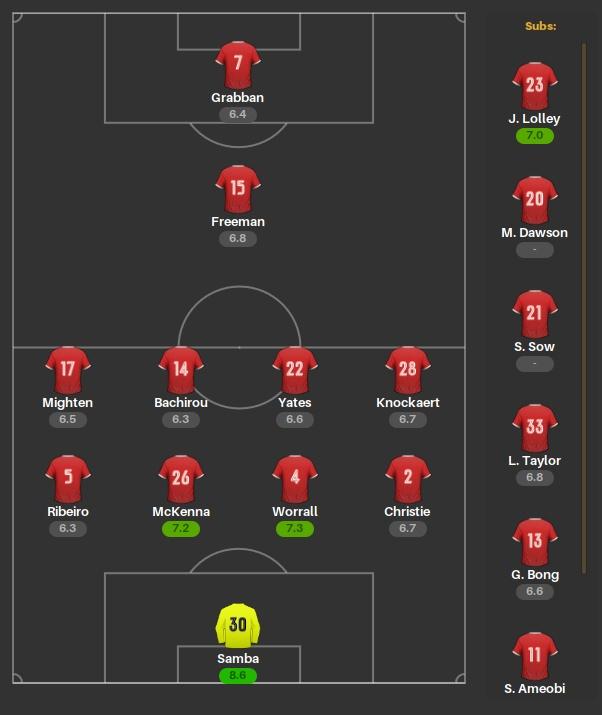 We managed to earn a 0-0 draw, and take it to penalties, despite making 0 shots on target to City's 10. Beginner's luck if you ask me.

A miss by Phil Foden give us a miraculous win, to give us a statistically nigh-impossible three in a row penalty shootout victories.

Our celebrations were, however, cut short as we draw Chelsea in the fourth round.

We were finally beaten by a first half Tammy Abraham goal. I am actually pleased that we are knocked out early since we had a gruesome schedule due to the cup run.

Results-wise, we had an excellent first month. However, I was concerned about our performance. We conceded 4 goals in 6, which is not satisfactory to me.

I noticed that we lose the ball quite often, and we can get very passive while defending, allowing us to be under extended pressure for long times.

It was just before Chelsea's game that I decided to make some changes.

Here comes my first tactical decision of my tenure:

I dropped the mentality to Positive, and added the Much Urgent Pressing team instruction. The idea was to lower the risks we take on and off the ball, while being more aggressive while defending. Although we were trounced by Chelsea, improvement was obvious in our performance.

Since I turned off the first transfer window, our first dealings came during the restricted domestic window, where we signed two on loan, and offloaded three on loans, plus another three on future deals to the MLS:

Probably my favourite young player in the game, he joins as my first option in the AMC spot, freeing Freeman to play in his preferred flank positions.

White was spotted by the DoF and was signed quickly by him. His decent initial performances in the middle made him my first choice in the midfield alongside either Yates or Harry Arter.

The tactical tweaks that I made turns to be exactly what we needed, and propelled us to some great performances and results in October, where we scored 12 and conceded only 1 in 6 games during October.

We smashed our rivals Derby County ruthlessly during this run:

We are currently 2nd, one point behind league leaders, and recently relegated, Norwich. We currently scored 2nd most, and conceded least in the league, something am very proud of.

Impressively, we are the most clinical and the most impenetrable team of the league. The new handy data visualizations label our attack as "Aggressive, Clinical" and our defense as "Quiet, Impenetrable", which is exactly what I look for. 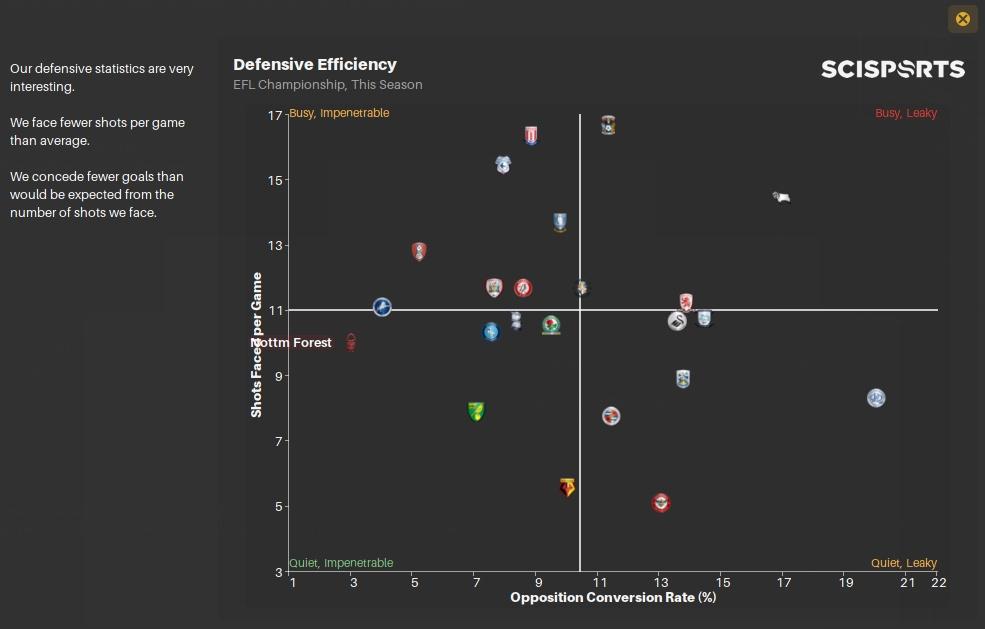 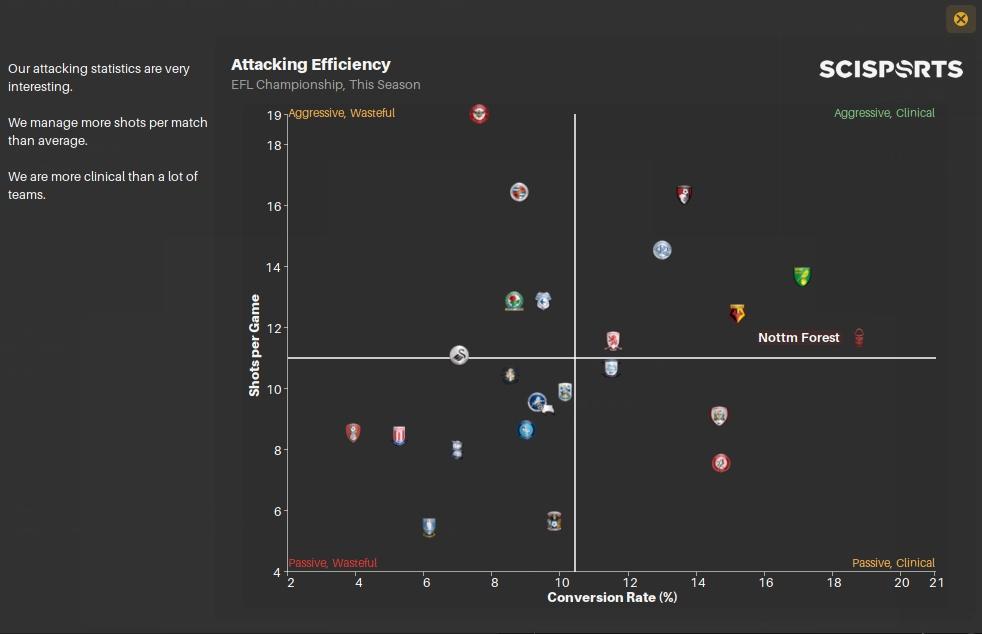 More importantly, our game has improved massively. We scored this:

It will be a quite difficult task to maintain this high form, but it is the first challenge in getting Nottm Forest back to prominence and one that I look forward to.

Samba's great form helped us maintain a nice solid defensive return, especially during the period of September, and was a direct reason for eliminating City of the EFL cup.

I thought he would lead the line, but sadly, his poor form made him lose his position to Guerrero. He'd usually get tackled easily, lose aerial duels and makes a lot of lousy passes, which is simply not acceptable in Forest's style.