We needed a win from 4 games to win the title, which was easily delivered as we played bottom half of the table. I can't believe how easy the league table looks, considering the difficult patches we had.

Interestingly, Norwich failed to go up, losing to Brentford in the playoff finals. I decided I'd take advantage of this situation...

I also promised earlier that the DoF would be sacked as soon as we are promoted, and I duly delivered, replacing him with Sterling: 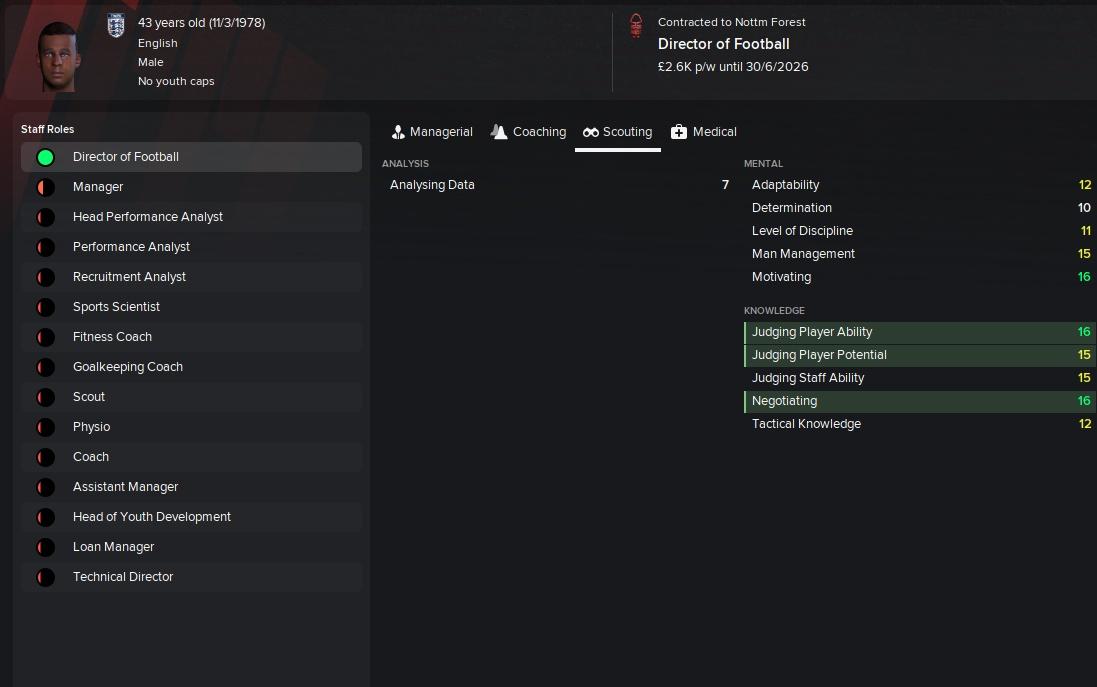 By the end of the first season, I have come to know the squad inside out, and our weakness are well known by now. The fate of Forest lies in this upcoming transfer window, as I should somehow address our weakness and improve the rest of the team. With a budget of 38M.

Playing predominantly in a 4-4-1-1 shape, here is a quick breakdown of our squad, according to the squad building guidelines I set earlier:

Goalkeeping department is fine with Samba, but an upgrade is required nonetheless, but with a low priority.

Two of the lowest performers in the squad, a first choice player with a backup are urgently required

Same as the opposite flank, I urgently need a top player and a backup for this role

Our midfield wasn't bad, but not spectacular. We lacked the passing ability at times, that put us under extended pressure. Therefore, I need a couple of DLPs and ball winning midfielders.

Our wide players are good, but not good enough to carry the attacking responsibility of the team. Top players needed here too.

Jones is a top player, and will continue to hold this position in the Premier League after we extended his loan, with Carvalho playing second fiddle to him.

Grabban and Guerrero aren't target men, and will be listed right away. Similar to the winger department, Puscas isn't able to carry the team in the top division, and therefore, a first choice target man is required along with Puscas.

Obviously, I couldn't afford to buy quality throughout every position, so I decided to follow a stricter approach:

Recruit experience for the defence, and splash the cash on key attacking flair options.

Why? Simply, our team is built for defending, so the team's tactic already provides a good base for defending. However, as we defend deep, we need cooler, more experienced heads to handle sustained pressure.

We also have the advantage of not requiring pace in the defenders, as we are deep anyways.

On the offense, we need players that could dribble, maintain hold of the ball, quick and intelligent in order to facilitate quick transitions. These are not cheap and it is wise to spend on these players to try and beat the drop.

It was a frenzy for us in the transfer window, from the moment we are promoted, till the end of our pre-season. We made several major transfers and collected a lot of bargains in the process. Bear in mind that most of these transfer amounts are paid in instalments:

We carried out a complete makeover of the squad, and am very satisfied and excited about it. Preseason went well, with the usual demolitions of complete minnows for improvement of morale and team cohesion, especially after signing a complete team:

I can't wait for our first game against Leeds 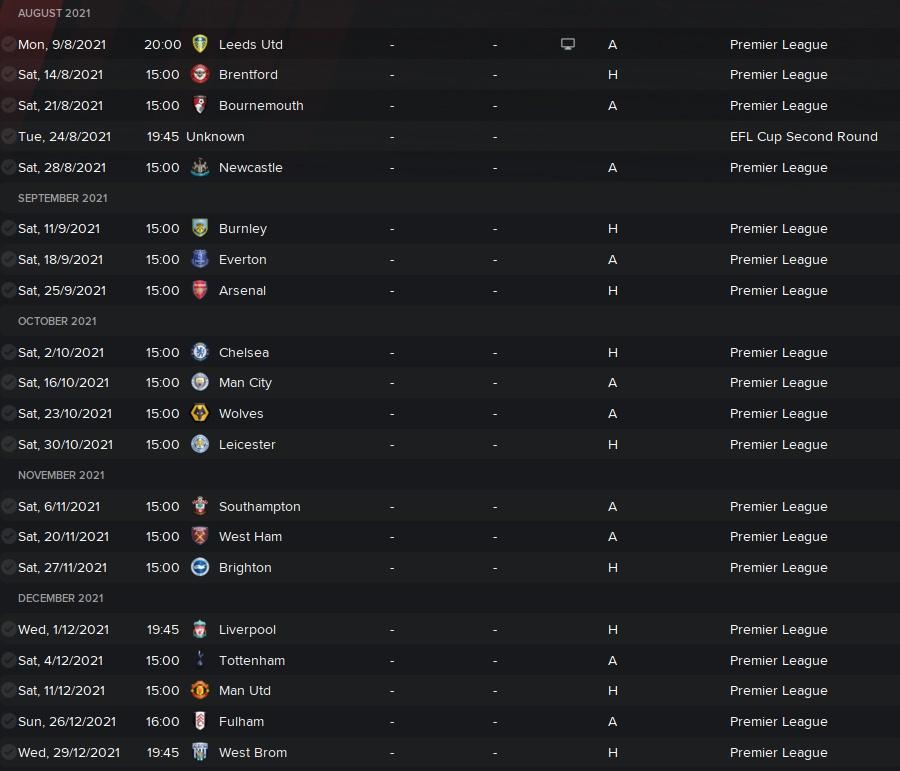 What do you think about the squad? Does it got what it takes to keep us up? Or will we require improvements in any particular position?