It has been a hectic period for me, both on and off the game.

As described in the previous update, we had a complete makeover, one that saw us assemble a solid Premier League team. I was worried about the team cohesion, but after our preseason it was on average, which is good considering our influx of new players.

The team started the race for Premier League survival with a 5-0 demolition of Leeds, a game which we were truly unstoppable, and a result that saw us top the league! 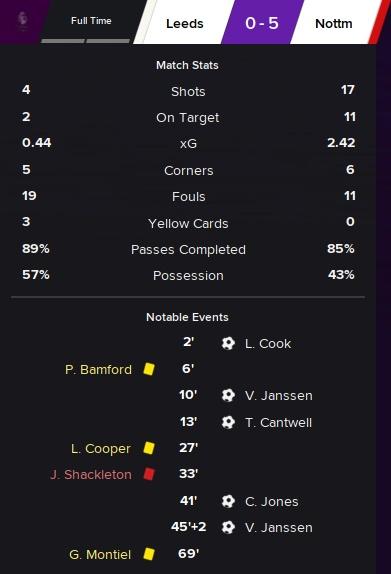 We are quickly becoming masters of quick transitions, as we score some lovely goals during our red hot early season form: 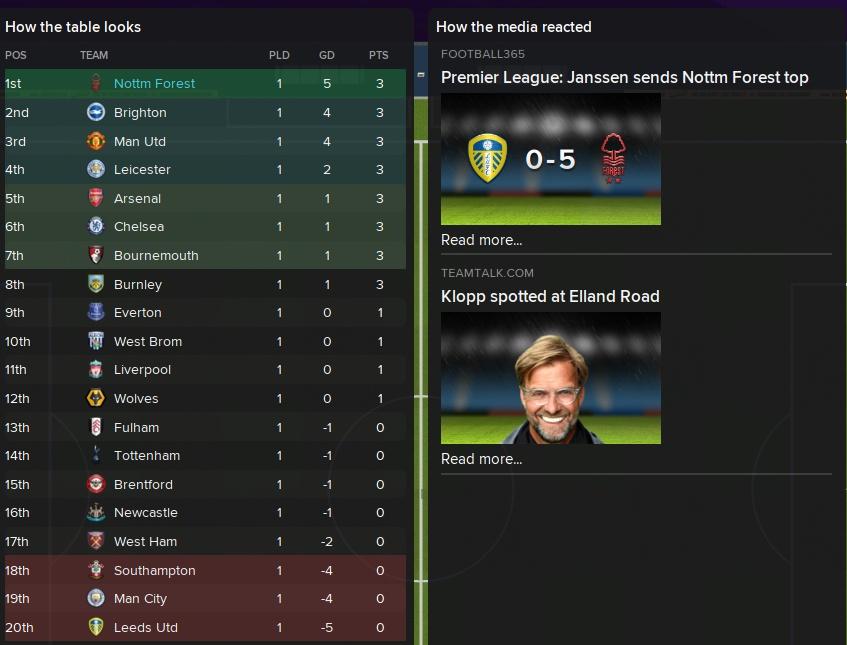 This result propelled us into a 4 wins a draw in August, aided by a kind fixture list.

At the end of the transfer window, the DoF decided that we need a winger besides the magnificent Buendia and Catwell, and more quality in CB department, which I fully agree with. He bought in Podence for 8.75M

and Wallace for 13.75M from Yeni Malatyaspor.

I offloaded (through the DoF) Carvalho to Fiorentina for 12.5M and loaned out Figueirdo, as he won't be getting game time with our CB options. Unsurprisingly, we were the most active team in England during the transfer window, getting 19 players in. On the bright side, our net spend is remarkably low, plus we are now well stocked in most departments, and it is a matter of getting higher quality in specific positions in the future.

However, matters cannot just be all sweet, as directly after the window is closed, Bigilia threw a tantrum about not strengthening the midfield as promised. He was transfer listed directly and a 1.5M deal was struck with a Portuguese club. Not bad for a free 35 years old player.

We continued our form throughout September and October, losing only to Everton (out of all teams) in the league, and another defeat away to Man United in the EFL 4th round. During this run we managed to beat Arsenal and Man City, and draw with Chelsea, seeing us go SECOND in the table behind Liverpool, as teams struggle to cope with our press and direct transitions. 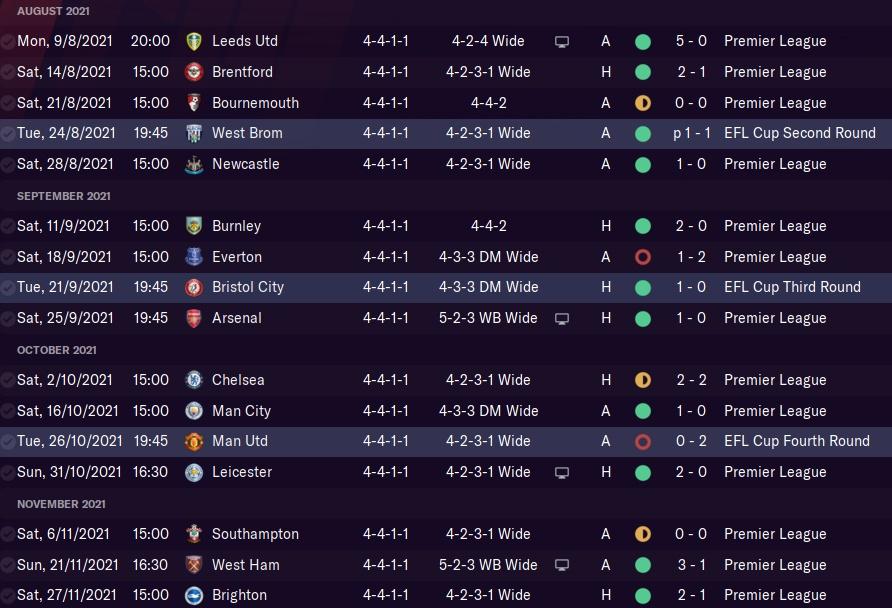 We'd naturally be complacent, considering our fine run and results as we score:

a beautiful counter attack against Arsenal:

and showing Man City how to use possession effectively:

We also taught Guardiola something...

However, the dreaded winter period came combined with complacency throughout the team, we started to forget how to play football.

The team would fail to press, pass or score one on ones. In spite of this, we managed to draw with Liverpool and beat Spurs, but with abysmal performances, scoring with a moment or two of brilliance, which even those moments would become a rarity the more we get into the winter:

We showed Liverpool how to transition quickly:

The Spurs game saw us down spiral so far down in form that we won only 4 in a period of 14 Premier League games! We barely managed to maintain a bit of morale thanks to two FA Cup wins against Bristol City and a 6-0 demolition of Crystal Palace. 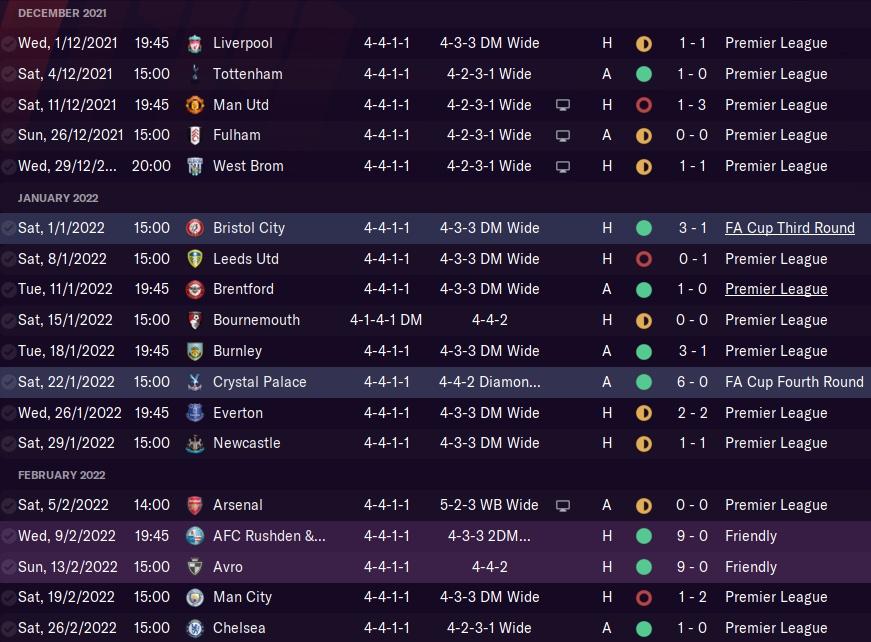 During December and January, I was keen not to chop and change, trying to change things very slightly tactically, but that didn't work. It wasn't until the last game in February, against Chelsea that I decided to press them high - using the backup tactic I kept hidden for so long, instead of deeper as we are used to.

The thinking behind this is, during our poor form, pressing deep is dangerous. Opponents could easily dribble their way past our press and defensive block, or score the regular screamers as we fail to block the shots.

However, we could surprise them and force them near their goal. It wasn't easy to do this against Chelsea, but I thought it was worth trying and one that certainly paid off.

As usual during the winter, I only look for results. As long as we get results, I can turn a blind eye to the performances. This is exactly what happened in the 1-0 victory against Chelsea, and also in the next match; also against Chelsea in the FA Cup.

I lined the similar aggressive style hoping for a fresh performance in this cup tie, but I was surprised by Chelsea fielding turbo striker Alexander Isak, putting them ahead 2-1 in the early second half:

After their second goal, I decided to revert to our old deep pressing style, after playing the entire first half with the high press, and it seems this took them by surprise as Chelsea pressed us so unusually high up that we managed to get many chances by avoiding their press, scoring 4 more past them to win a great 5-2 at the end thanks to some great saves by Farinez: 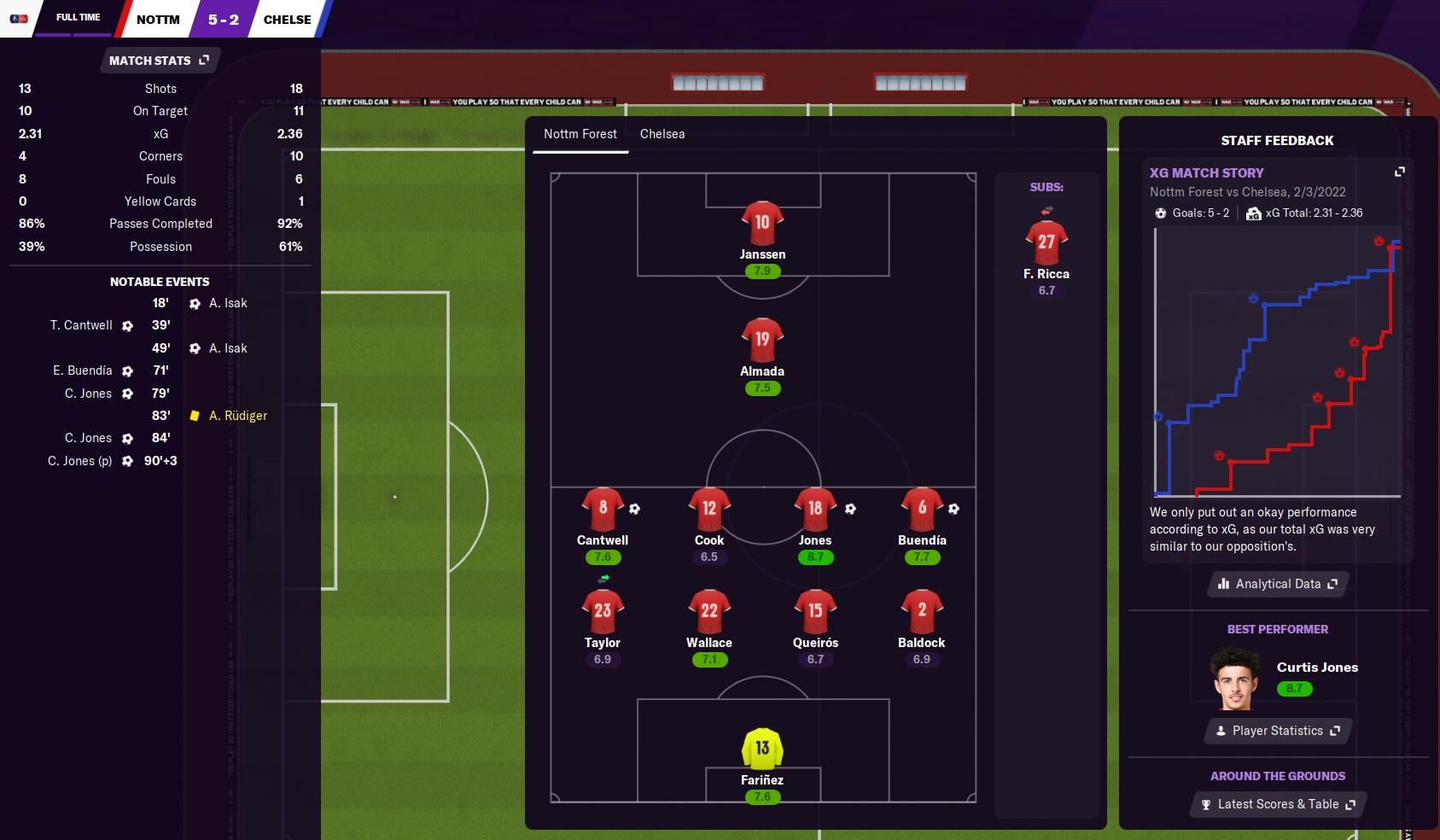 After this game, I decided I need a slightly different formation that is true to our core style. I am not fully convinced of the 4-1-4-1 shape as I can't stand playing with one striker/forward. I love the 4-4-1-1 shape as it offers a solid base with two forwards and the related 4-4-2 shape offers the same -albeit in a slightly different manner-, thus I set forth to develop it as our backup formation.

I envisage it to play out like the classical wing-focused 4-4-2 (think Man Utd circa 2000), with structured 4 defense focused defenders, a midfield offering variety and a big-man small-man striker combo. More details on this in the upcoming update.

In the mean while, our winter transfer window was a relatively calm one, seeing us offload Worrall, Ribiero, Sema and Bigilia for a total of 15.25M, recruiting:

Konsa is a very good capture from the Villians, offering solidity at the back, especially in my backup 4-4-2 tactic.

FM legend Almada joins to replace Curtis Jones, who is required by Liverpool and won't accept an extension to his loan.

Greg Taylor comes in a backup left wingback, with plenty of experience, from Scottish outfit Celtic. Definitely a better defender than Sema.

We also managed to snap Sandro Tonali on a free transfer, due to join next season, offering him a big wage to prize him from Lazio's offer. I can't wait for him to join and play him aside Lewis Cook in the midfield:

At this moment, we are currently fifth, with the BEST DEFENSE IN THE PREMIER LEAGUE: 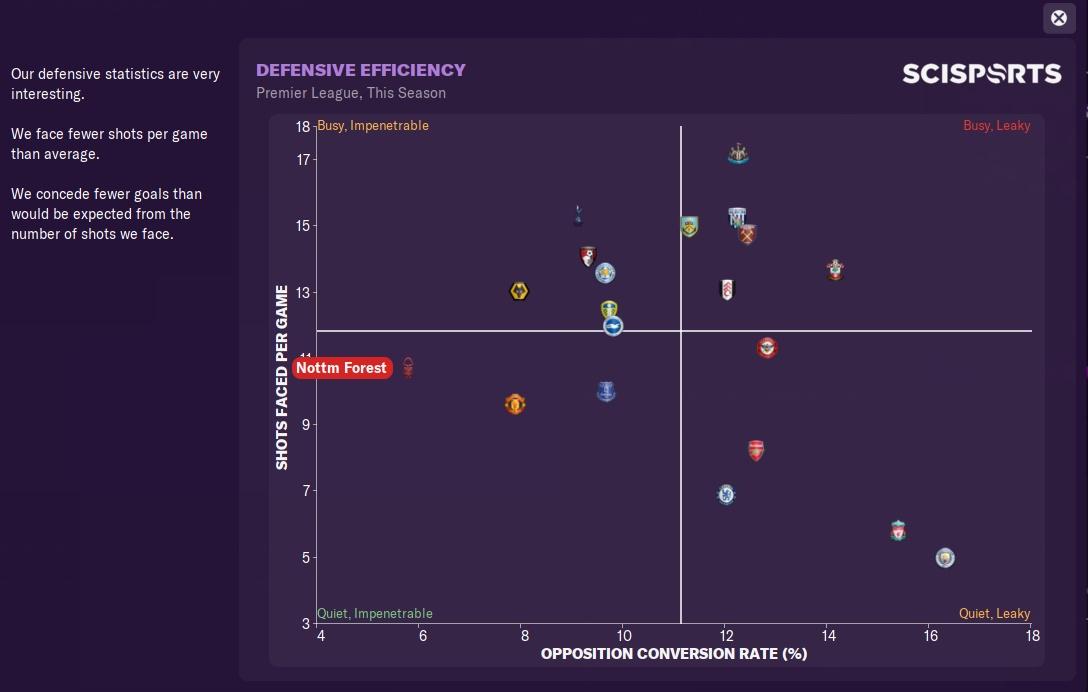 Sadly, we used to be the most clinical team too, but our poor form in December and January saw us lose that spot: 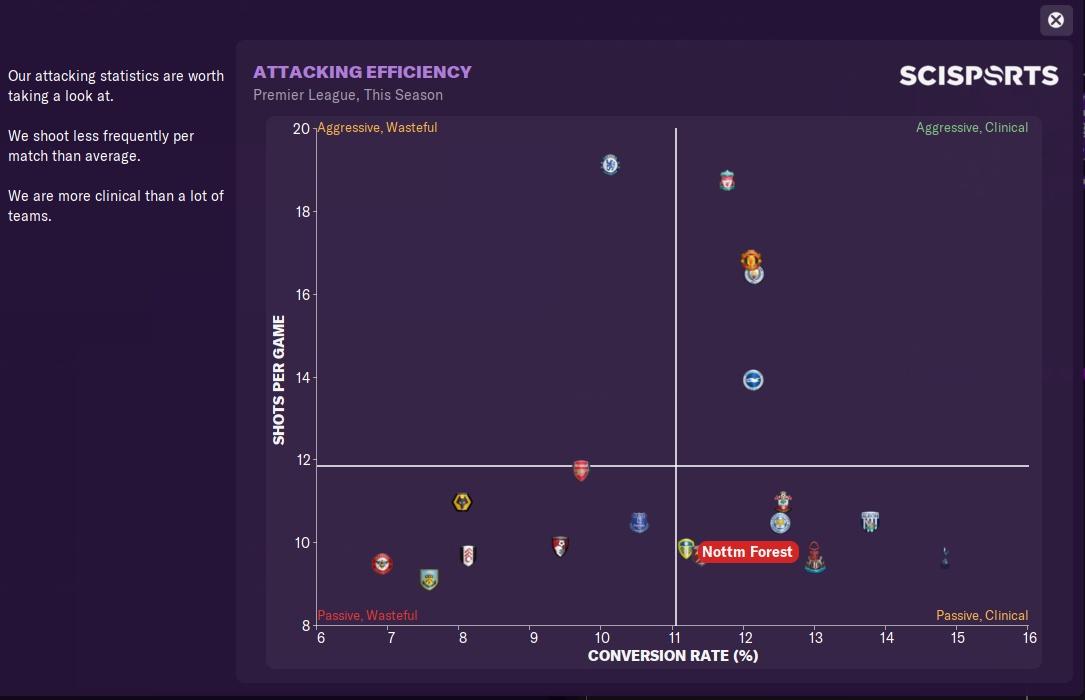 Nonetheless, am very proud of our success so far this season.

This update is a belated one that quickly covers a larger period, with emphasis on significant moments. Would you prefer this kind of updates or shorter ones covering smaller periods? Please share which update style you'd prefer.