Following our demolition of Chelsea in the FA Cup, we had a decent run, as I started to gradually phase in to the 4-4-2 I described earlier.

This gradual change become a quicker one with our abysmal April; a sort of deja-vu of the previous season when we'd be absolute bottlejobs during the late season:

Our change to the 4-4-2 immediately showed promise though it came in midst of a difficult run, especially the Fulham game which is our bogey team, managed by Sean Dyche. They managed to extend their unbeaten run against us to 3 and win the FA Cup semi final, in a game we dominated using our new look formation: 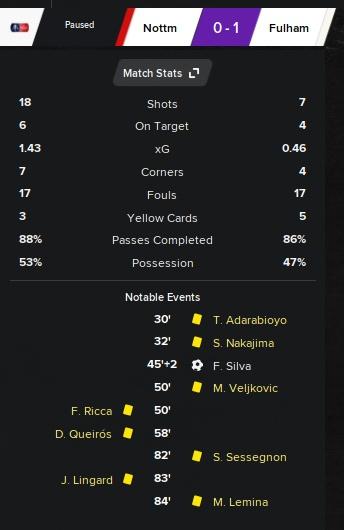 I started to rediscover my tactical priorities after watching this game out. I really wanted us to be a direct deep gegenpressing team. It was that simple. The 4-4-2 allowed me to create just that.

I didn't change any single team instruction, I just changed our structure:

I wanted to strengthen the defence and make them defence-first, especially the fullback, as my wingback was a major issue for us at the back.

The midfield would mainly look to win the ball then support the attack.

Our attack would look to break quickly using the big-man small-man combo. 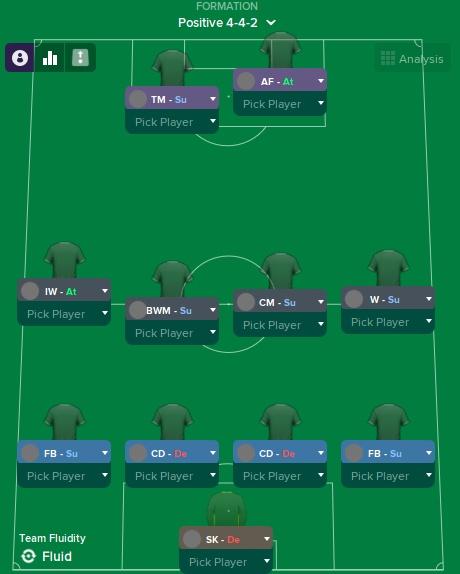 Following the victory against Spurs, we needed only one win from the next 3 games to secure a Europa Conference League spot, with a potential Europa League sport depending on the FA Cup winner. Man Utd would easily dispatch us, forcing us wait until next game, against Fulham once again, to secure our great achievement of reaching a European Competition.

Curtis Jones, who have been playing as an AF besides Janssen, has been a revelation as a striker. He bloomed into the perfect striker and was the catalyst to destroy Fulham and end their unbeaten run against us. Their xG is slightly overestimated as their goal was an open goal shot after an individual error: 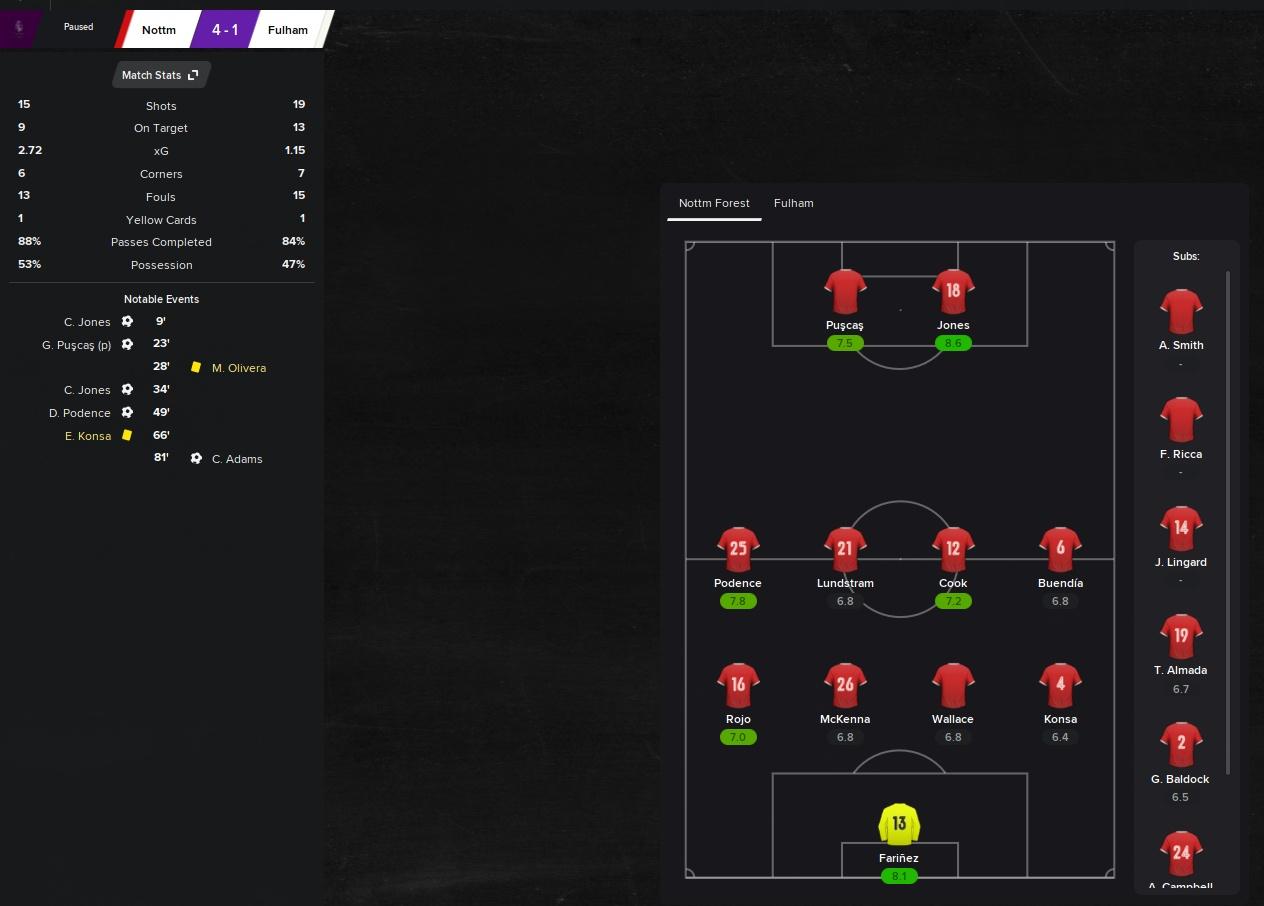 Thanks to this victory, and Man Utd's 4-0 humiliation of Fulham in the FA Cup final, we finish 5th, gaining a spot in the Europa League! 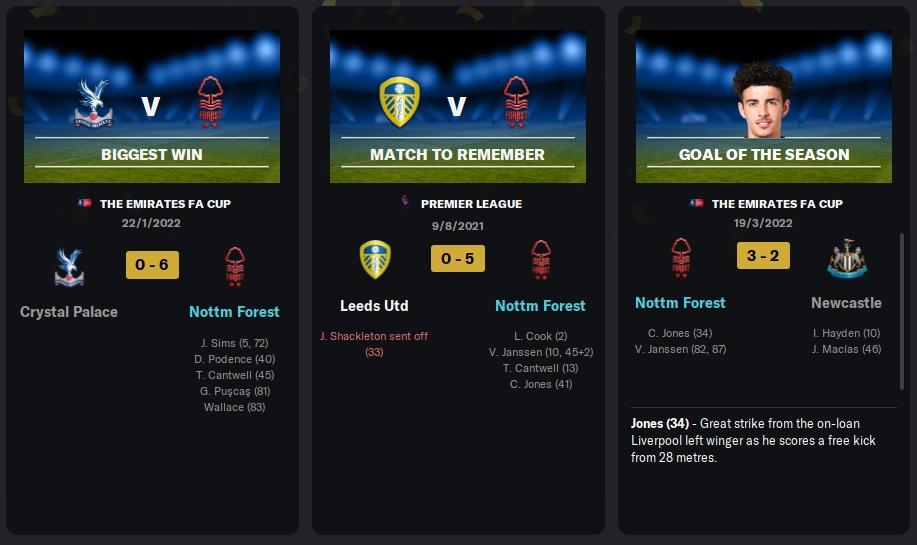 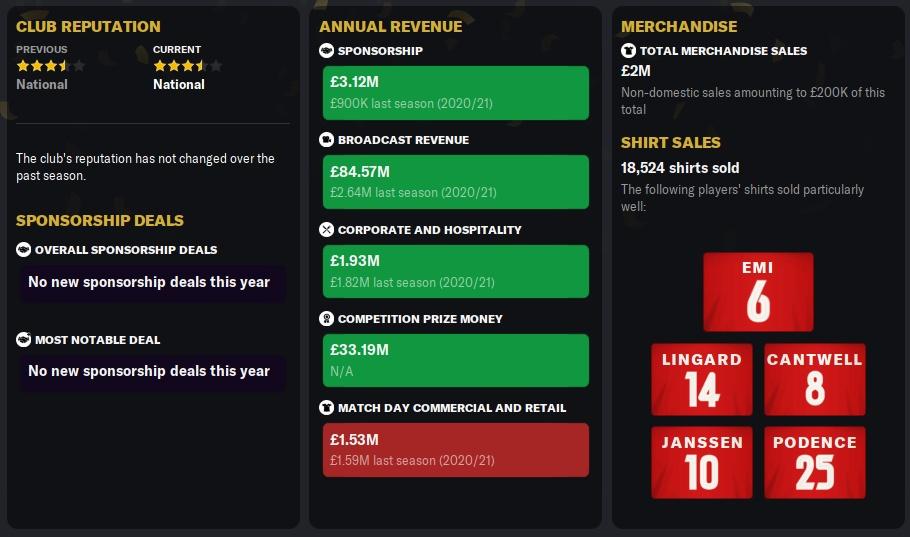 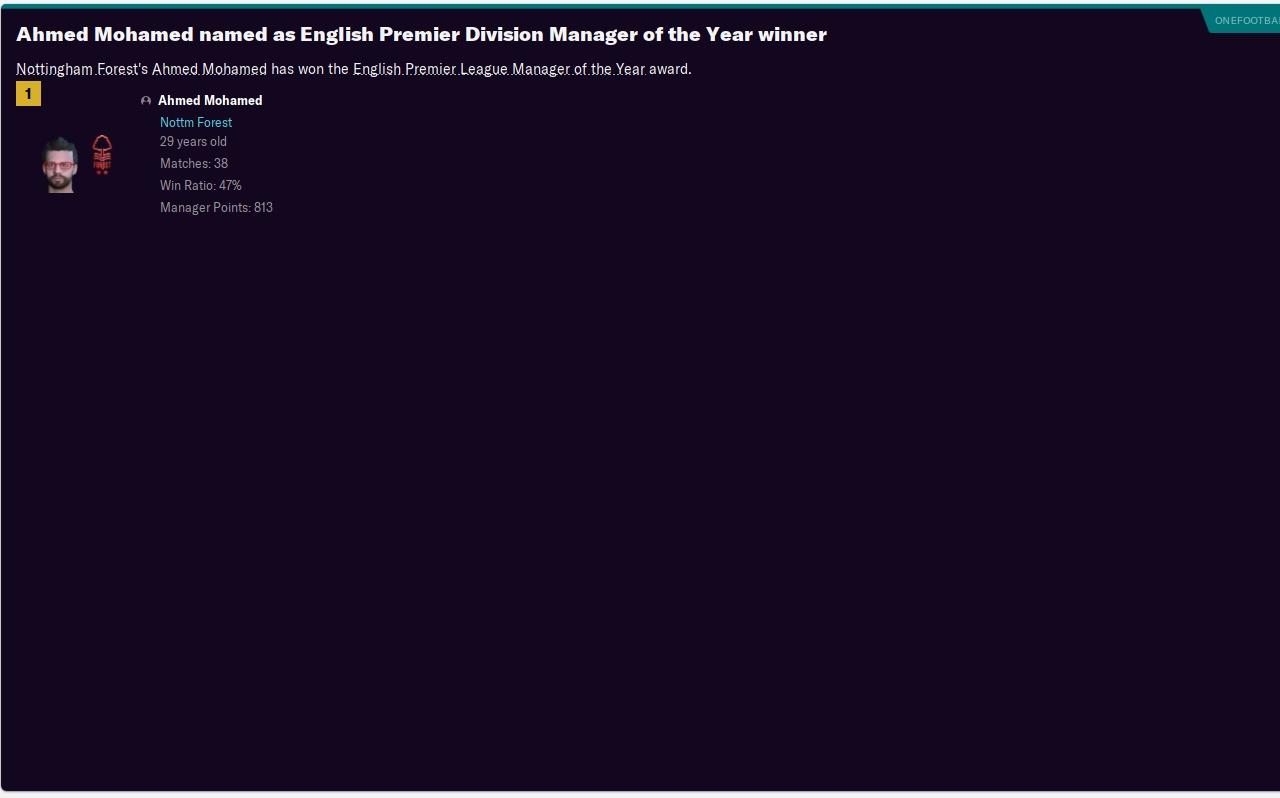 Despite all our late season issues, we managed to finish with the joint best defence, conceding only 33 goals. For even better news, Klopp, citing our good relationship, accepted a desperate loan bid to our star man, Curtis Jones, allowing him to stay another year with us.

However, I am particularly worried about our late season form, where we would drop a lot of useless points. Maybe it is a matter of player quality or personality? I decided to splash the new 45M kitty on quality upgrades to suit our new 4-4-2.

Ricca, Adam Smith, Sims, Wallace, Lingard and Puscas all left the club for around 46M.

Once again, I highlight that I paid only around 35M in cash and the rest in instalments.

Buying in instalments is putting strain on our finances, no doubt, but allows us to get the massive quality injection required. We had massive steps in quality required during the past seasons, and simply, we should maximize the usage of all transfer budgets. However, It is imperative that we stay competitive to ensure we don't run into debt quickly.

I am also very satisfied of purchasing a core of determined, hardworking players with good personalities, the matter that I am sure will help us avoid our lingering post-winter issues. I was particularly keen to pick players with high determination, composure and workrate.

Given the type of players we have, I decided to follow a total football approach in training. I train each player to be able to perform all roles of his position. For example, the midfield players would be equally adept as ball winning mids and box to box mids, the strikers would be complete forwards, and so on. I also aim to make wide players comfortable on both flanks.

Keeping in line with our squad building philosophy, and this total football approach, our squad is currently:

I am particularly excited at the Berge-Tonali partnership, and can see it dominate many teams in the league.

Despite our recent successes, am still anxious about failing and not being able of winning with style...