As usual, we start brightly, topping the league after 5 wins in same number of games, but the usual drop in form occurs. This time, however, it was different. We are defensively worse than last season, facing much more shots than our last season's average, and we are no longer the most clinical team, we are bang on average. 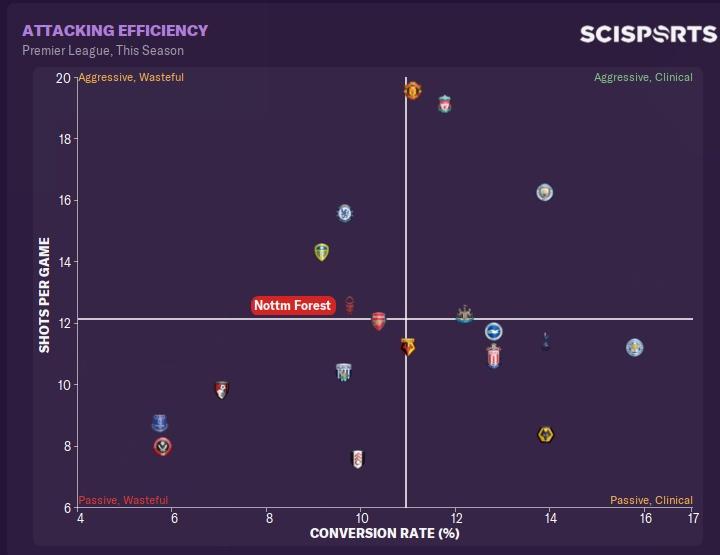 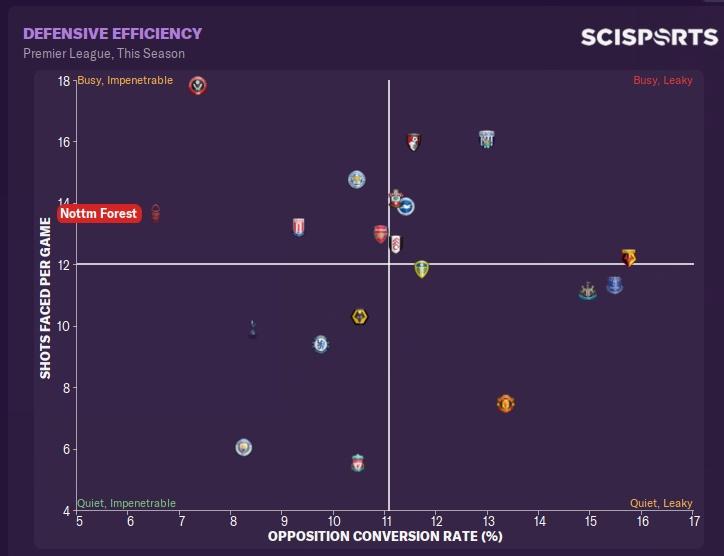 I believe this is partly due to my change to the 4-4-2. The gaping hole between the strikers and the midfield is mainly the culprit for allowing opposition to play through us, rather than around us.

I should have trusted my mind, and stuck with the 4-4-1-1. After all, it is the same as the 4-4-2, just giving one of the strikers more defensive responsibility, right?

However, after a winless run of 5 games against all the big teams, I started to think more cynically, and for the first time I started to question my 4-4-1-1 system that got us so far and start a new system.

I have been a big fan of back 3 (or 5) formations and since I wanted to be even more solid defensively, I to create a deep flat 5-4-1. An Ode to Mourinho and Big Sam! 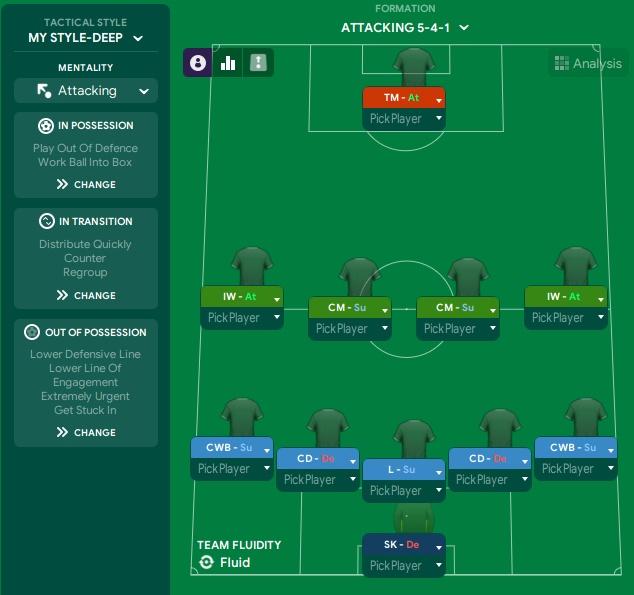 An absolute beauty if you ask me! I am very proud that I never changed the tactical style since the start of the save, just adjusting mentality if needed.

This flat 5-4-1 is intended to play out similarly to the 4-4-1-1 in a deep gegenpressing style that I prefer. However, the midfield is an industrious one that looks to support the attack and defence at all times. The wide defenders are required to bomb up and down at all opportunities, protected by the back 3 defenders, which is much better than 2CDs + 1DM.

However, we aren't hoofing the ball to the strong guy upfront like most negative teams. We are a technical team with lots of flair and pace, and hence we will try to play through the over-committed oppositions, but with directness and urgency

Poor Newcastle were the first that tried our new parked bus in their 3-0 defeat. ;) 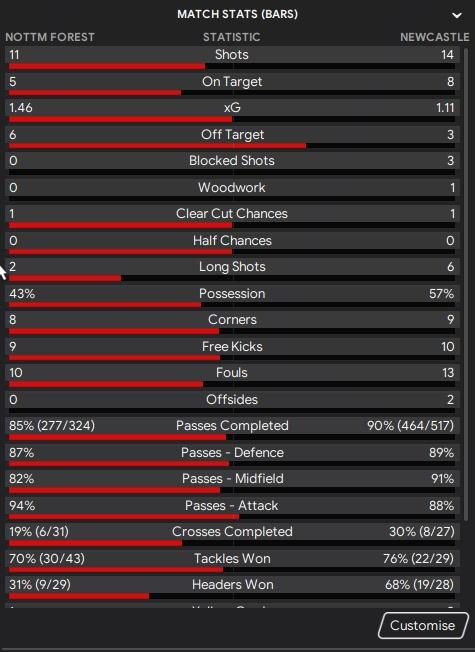 We scored this beautiful counter attack:

Back to our roots

During the final days of the summer transfer window, the DoF sold Podence for 17M and Rojo for 2M, amongst other deadwood. He snapped up Lyanco for 5.75M and wonderkid Marcos Leanardo for 14.75M, in some surprisingly great business on his part. We made massive profits on all sales till date, and manage to get some great captures at good prices.

My only regret is overpaying for Brooks (54M) but he is still a great young player that offers a lot of pace and flair in all forward positions. I doubt we will make any loss on him if we sold him in the future.

We started brightly, until a cruel schedule saw us play Chelsea, Arsenal, Spurs, Liverpool, Everton, United and City in succession. This table had, thankfully, the World Cup played in between it.

After a draw and a victory over Chelsea and Arsenal respectively, we were trounced by Spurs and Liverpool, conceding 3 and scoring none in each of them, followed by a abysmal draw with rock bottom Everton. This Everton game was the first game I'd drop the 4-4-2 and get back to our roots, reverting to our old 4-4-1-1 after watching the middle areas of the pitch being exploited, with team playing through us, rather than around us.

During the two months or so of stoppage due to the World Cup -won by England-, we had the entire squad at home, with the exception of Kelechi Iheanacho, who returned to squad early anyways following Nigeria's elimination. It was a perfect opportunity to raise morale and work on tactical concepts.

As top footballing nations play each other on the world stage, we were destroying Newport County and Coventry City in Nottingham.

Intense training schedules were made, and tactical familiarity was increased to almost full. We resumed the league with a 2-1 reversal against United, where we threw our early lead naively.

Followed by a 3-0 trouncing by there more glamourous neighbours, marking a 5 game winless run: 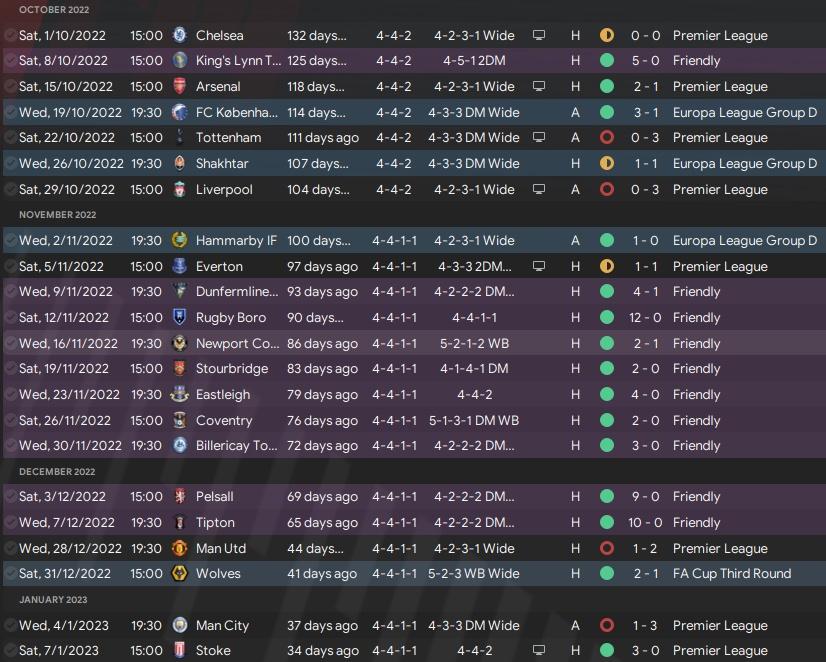 Back to Winning Ways

After playing all the top guns, the remaining schedule is much easier, as we easily dispatched newly promoted Stoke and took our revenge from Fulham, propelling us in to a record breaking six clean sheet run.

You might be wondering why I decided to shift from a 4-4-1-1 to a 5-4-1 if we are doing well. Well, watching the game, we aren't that assured defensively, and we allow many dangerous chances. Our CBs aren't also the best and an extra body at the back will help us immensely.

The winter transfers saw us sell Lundstram for 8.75M, Lingard for 8M and Baldock for 15.25M, while recruiting Robin Koch for 27.5M and Sean Longstaff for 7.5M.

Selling a couple of ageing players for 16.75M while we got them for free is a some good business. However, I am not quite satisfied with the large turnover in the squad, although it is justified by our meteoric rise, which needs a similar rise in quality. Next season should season little business as I look to upgrade our defence, while our midfield and front line options are finally, satisfactory.

We are currently 3rd following this run, with the 4th best defence. However, March and April aren't kind in any way and hopefully we will be able to get to a European spot after these months: 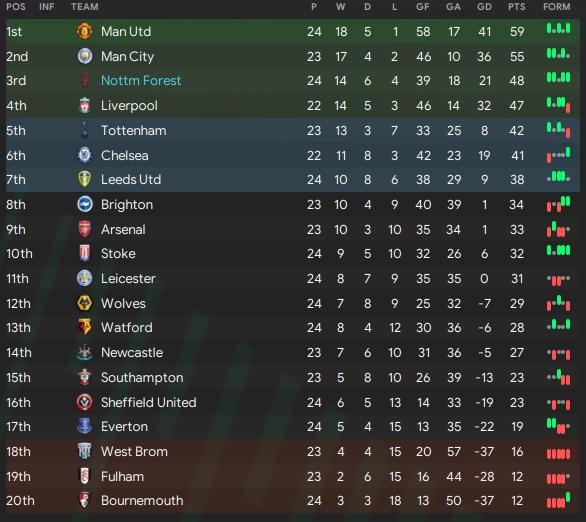 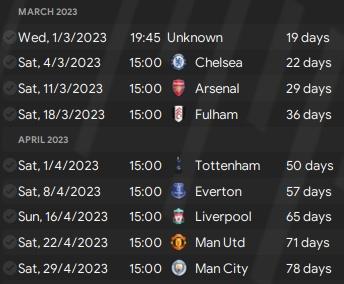