In the first part, I outlined what I look to create in this project. For easier reference, the main points are:

From what I want to create, it is clear that the team need to have a positive core attacking intent. This means more running on and off the ball, and more risky passes. This will allow us to play more controlled long balls, not the unwanted panicked hoof.

Fullbacks: WB-S - In order to create support around the offensive pivot, we need narrow attackers. Thus the provision of width will be by the fullbacks. I don't expect them to be involved throughout, but offer the required support and width when needed.

Centre backs: NCB and CB - Again, typical centre backs, with one given a NCB duty to clear dangerous balls without taking unnecessary risks.

Defensive Midfielder: DLP-D - I want this fellow to dictate the game from deep and ping the ball to the forwards. Instructing the team to play direct should see him become a focal point of our team.

Centre Mids: CM-S and Mez-S - These guys should be workhouses, providing support to the forwards and defenders when needed, keep the ball moving, and most importantly, make regular runs from deep. The Mezzala should be our goal scoring midfielder, which should run in undetected from deep. (PIs: Mez-S: More Urgent Pressing)

AML: IF-A - Our main goalscorer. I envision him to always be around the striker to receive layoffs and should make regular runs beyond the striker. (PIs: Stay Narrower, More Urgent Pressing)

Striker: DLF-A - Our offensive pivot. I opted against a TF-A since that I want a dynamic role that regularly attacks the channels, and also to avoid the rest of the team pinging the ball to him at all and any opportunities. (PIs: More Urgent Pressing)

The PIs here are very important in the creation of my style. 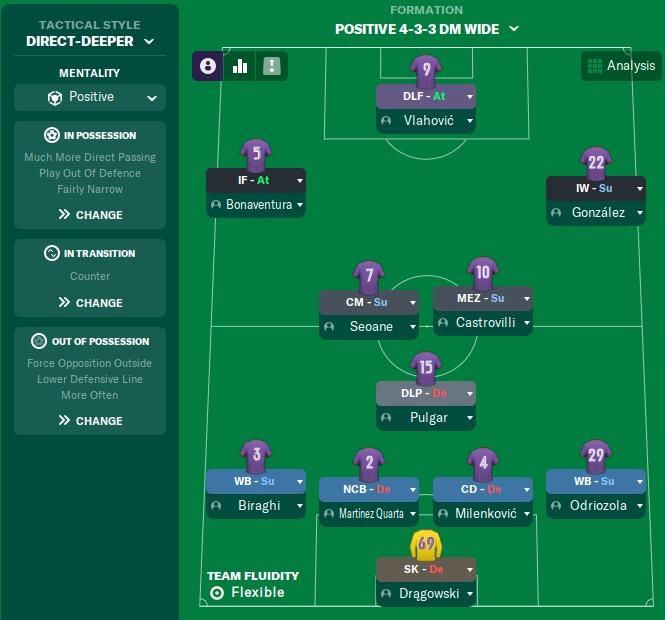 Before going on with the analysis in the next article to avoid this growing too long, I'll leave you with some moves and the initial results I had with this tactic. Please bear in mind that I am not letting the games fly on autopilot, but try to affect the game mainly by changing our pressing intensity, defensive shape and passing directness.

After losing the first game of the season to Sampdoria 1-0, using another tactic I was trying out, we won 5 games in a row, including a 6-0 win against Roma and victories against Inter and Napoli: 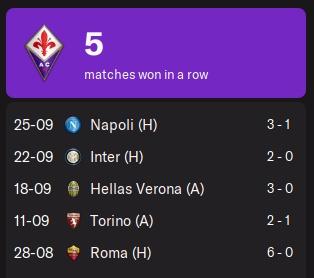 In this game against Napoli, our narrow attacking shape forces the Napoli defender to clear long as he is out of options the moment he wins the ball from us. The ball is hoofed towards our free defensive line: 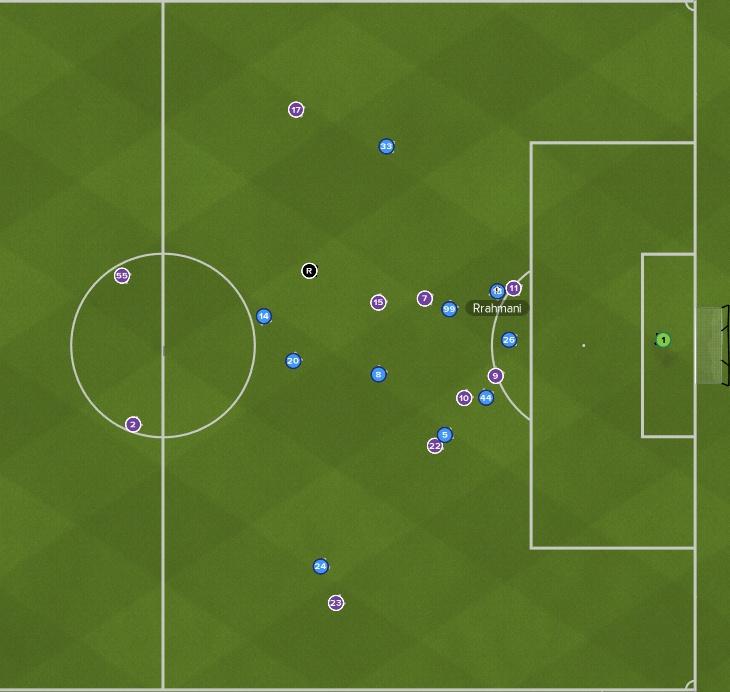 Nastasic, the CB then gets the ball forward to Vlahovic (DLF-A) who has support close to him in Scamacca (IF-A). Vlahovic lays off the long direct ball to Scamacca to score our second goal.

Another nice move came against Inter, showing us direct exploitation of a central run by our IF-A (Bonaventura)

A similar move against Torino, in which the DLF-A (Vlahovic) holds the ball and gets it to Erick (CM-S) who quickly plays a direct ball into space to the on-rushing Mezzala (Seoane)

I know it is VERY early in the season to come to any conclusion, but I liked to share progress on how the style is panning out, and take notes of any your ideas and comments, before going in on a more detailed analysis in a later post.